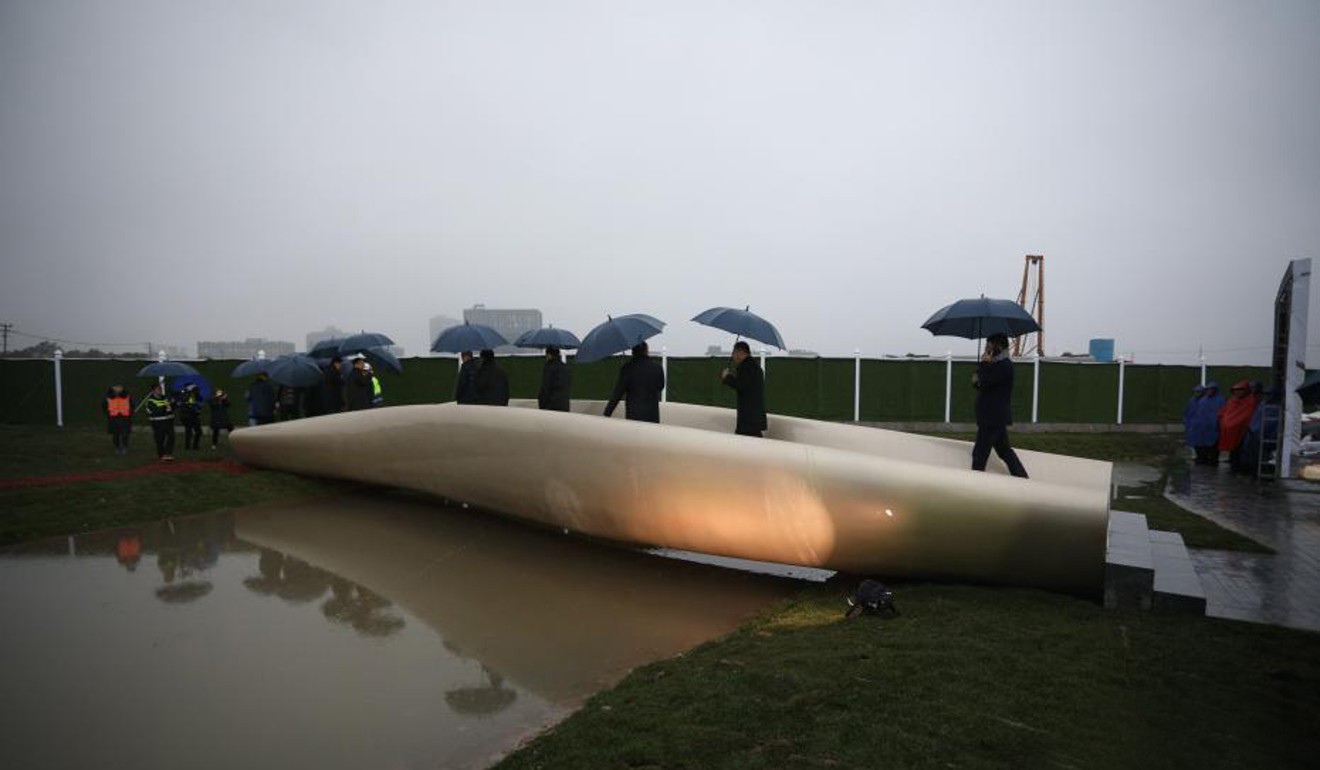 THE world’s first 3D printed plastic bridge has been installed in a Shanghai park serving as a physical landmark in the downtown park, as well as a landmark in large scale 3D printing.

The bridge weighs 5 800kg and was printed in just over 30 days and is the first project to be completed by the Shanghai Constructions Group’s new large format printer.

The printer has a current build volume of 144m3, the majority of which is consumed by a 25m Y axis, allowing for very long objects to be printed. This allows the construction group to venture into unchartered territories for extrusion-based 3D printing on a scale never witnessed before.

The pedestrian footbridge can take a load of 13 tons which equates to 4 people per square metre. The material used to print the bridge is an acrylonitrile styrene acrylate reinforced with glass fibre and developed by Polymaker through their industrial range of materials. ASA was chosen as the material of choice due to its weather resistance and good mechanical properties. The addition of the glass fibre (12.5% by weight) adds both stiffness and toughness to the material while also lowering the coefficient of thermal expansion.

This means that when the material is heated and printed the expansion and contraction is much more controlled, creating flat layers and eliminating internal stress within the material. The extruder on the 3D printer was developed by Coin Robotic. The extruder is a pellet-fed screw drive system with three heating zones, at the business end there is a 5mm nozzle which can pump 8kg of material per hour in 10mm layers.

Retaining heat on this scale proved to be a big issue in the testing phase of building this system, as it can take over two hours before the nozzle passes over the previous layer, allowing the material to fully cool and crystallise and reducing strength between the layers and producing a strong warp. This led Coin Robotic to add four industrial heat guns to their extruder system which bring the previous layer back up to heat prior to laying down a new layer.