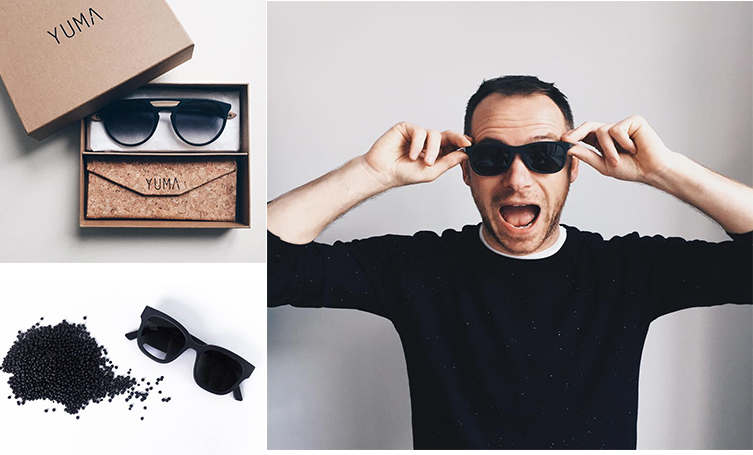 WR Yuma, a Belgian company launched in September after a successful Kickstarter campaign, is the first company in the world to 3D print sunglasses from recycled plastics, using filament made from car dashboards, fridges and plastic bottles.

The frames are not only made from plastic waste but, thanks to 3D printing technology, they are also designed to disassemble for easy recycling.

And this is exactly what the company will do. Soon customers will be able to swap their sunglasses for a new model (at a discount) while the old frames are recycled in their micro factory in Antwerp.

3D printing was the key to recycling plastic waste for the brains behind the idea, Sebastiaan de Neubourg, long before he settled on the idea of turning it into sunglasses.

De Neubourg worked for five years as a consultant for small businesses in the circular economy and he believes 3D printing has massive potential in reusing waste. He is in touch with startups that make 3D filament from beer and coffee waste and recycled bamboo as well as plastic waste.

WR Yuma has launched with five styles which are printed to order. They’re made and finished off by hand in Antwerp, even the ink on the frames comes from recycled fridges. The sunglasses retail for €95 a pair.

While 3D printed sunglasses might not make a dent in the million plastic bottles we go through a minute (or the truckload of plastic that ends up in the ocean in that same minute), they are conversation starters, raising awareness around the fact that plastic lives longer than we do.