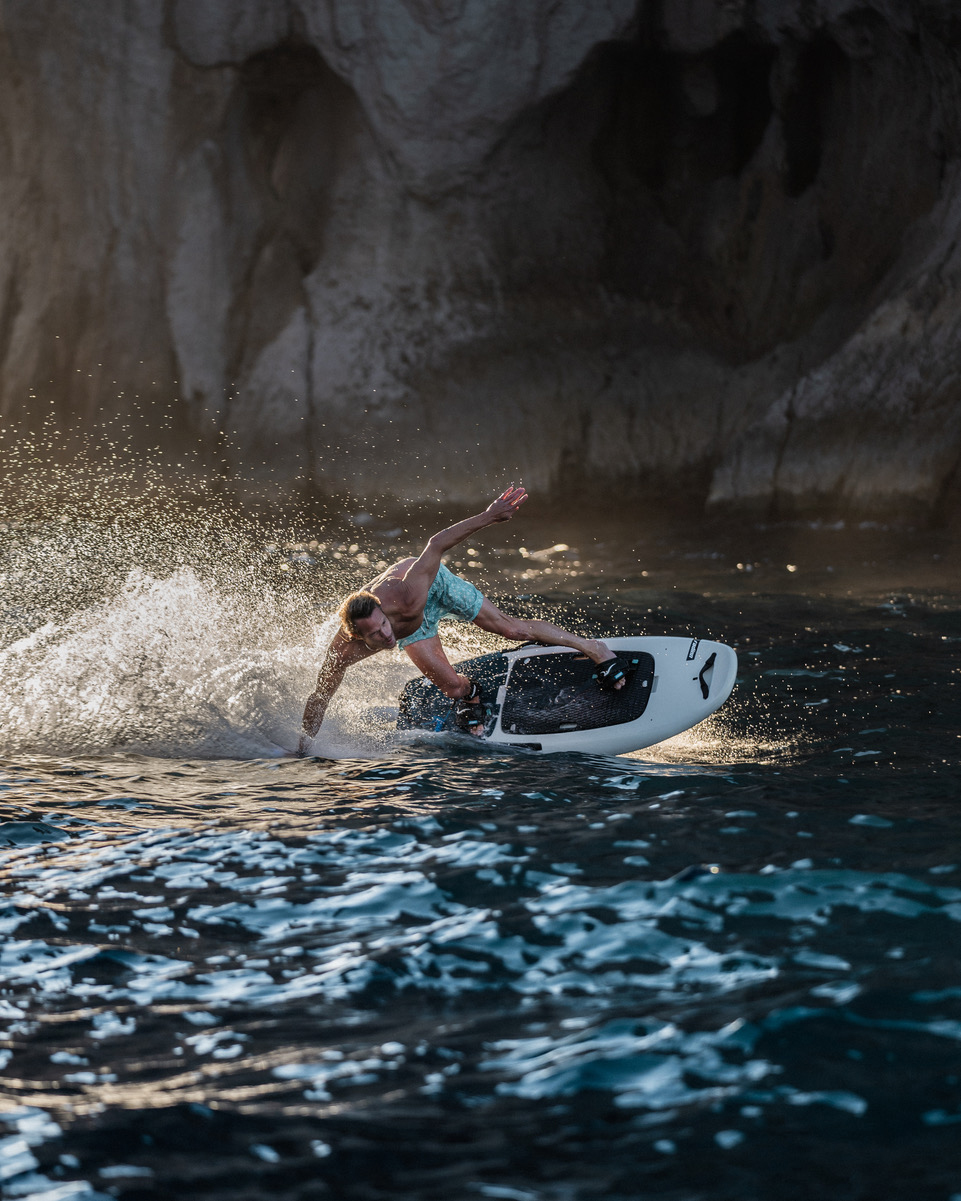 COBRA International in Thailand, one of the world’s largest OEM manufacturers of composite goods for water sports, automotive, marine and civil engineering, is collaborating with Radinn to mass produce its new range of electric powered surfboards.

Swedish innovators, Radinn, produce some of the fastest jetboards on the market. Originally launched in 2018, the production requirement ramped up quickly and with a target to reduce overall board weight, Radinn required both a technical development partner and a large-scale manufacturing platform.

Sample boards were shipped to Thailand, and four of the Radinn team travelled to Cobra to set up the project.  Almost immediately, the Cobra team was able to suggest improvements.

Having reviewed the existing boards – thermoformed plastic shells with an injected PU foam core – a switch to a lower density EPS foam core and moulded glassfibre skins was proposed. This lighter weight construction provided weight savings of around 25% whilst maintaining the durability required by riders.  An additional benefit was the removal of the edge seam around the board’s rails, with the new seamless moulded boards having a cleaner look and improved performance on the water.

A key part of the Radinn design concept is its modular approach. With different battery Powerpacks dropping into a pocket in the deck, and the Jetpack propulsion unit fitting into the board’s base, absolute precision of the moulded shape was critical.  Working from Radinn’s initial CAD data, master board plugs were produced for the Freeride and Carve models, before test assembly and final sign off for production was agreed.

Radinn boards use a custom laminate made up from several plies of woven and stitched biaxial fibreglass fabrics, moulded with epoxy resins to produce a tough monolithic shell.  With production following Cobra’s lean manufacturing principles, the company is able to deliver at the target rate of 300 boards per month.