Insimbi GM Gerhard Prinsloo with the Progetto leak-tester which was recently commissioned, speeding up QC and building customer confidence 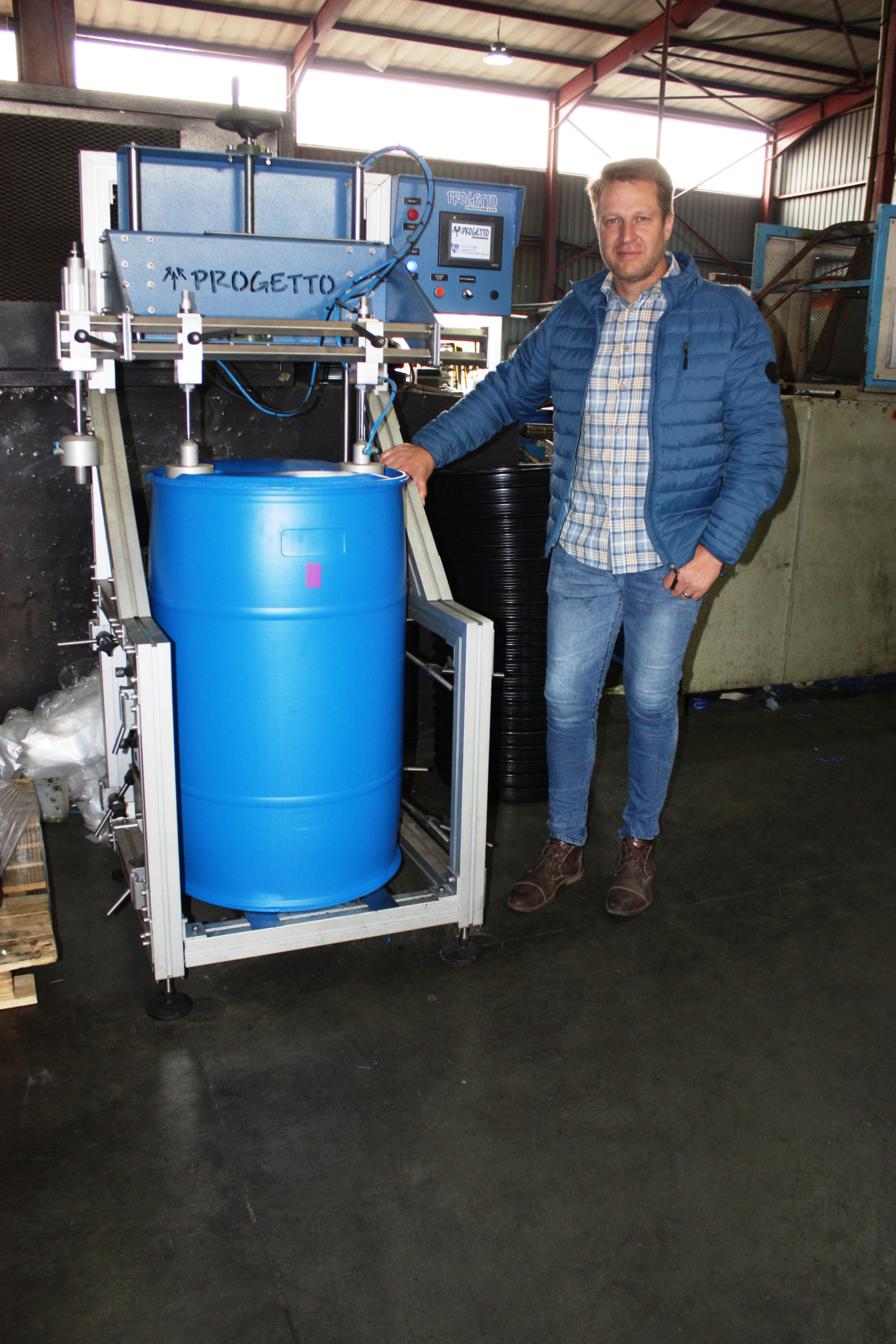 METALS business Insimbi Group has settled its plastic container and drum manufacturing venture and is now ready to tell the market about it.

JSE-listed Insimbi’s core business prior to its entry to the plastic container sector was the supply of metals, including steel and aluminum as well as foundry products. It became involved in plastics in 2017 more by coincidence than intent when it purchased Polydrum, a plastic drum manufacturing business which operated from premises adjacent to the Insimbi head office in Wadeville. Polydrum was sandwiched between the Insimbi HQ and a site it had purchased further along the road, so the decision was taken to consolidate the properties into a single Insimbi site and manufacturing hub.

The business, now operating as Insimbi Plastics, blow moulds plastic drums from five to 250 litres (including 20, 25 and 210-litre containers) chiefly for the chemical, agricultural and oil industries.

Itself a relatively new entrant to the large plastic container sector, Polydrum had itself gone through a number of changes prior to the purchase by Insimbi, including the sale of a PET container manufacturing operation. The business has blossomed in the Insimbi family.

“Our drive for continuous innovation has led us to innovative,” said Gerhard Prinsloo, GM of Insimbi Plastics.

“Today we can guarantee that we offer world class service and products because we continuously benchmark ourselves against the world’s best plants and technologies. Selected products carry a UN rating as awarded by the SABS and all containers manufactured in our plant are virgin grade HDPE which carry EU and FDA food grade approval.”

Insimbi has used its metals business as a springboard for the plastics venture and having that support has obviously been a bonus for the staff, if compared to starting from scratch. Synergies between the metals and plastics businesses have even emerged: although the materials are different, skills in metals commodities dealing have similarities with that of container manufacturing, which are effectively commodities in their own sectors too.

Insimbi has also terminated the venture into roto moulding started by Polydrum in order to focus on its core blow moulding business.

Perhaps the biggest challenge faced in merging Polydrum into the Insimbi group was to tweak the cultures, but if anything that applied to management rather than shopfloor skills, as most of the staff at the purchased business continued with Insimbi.