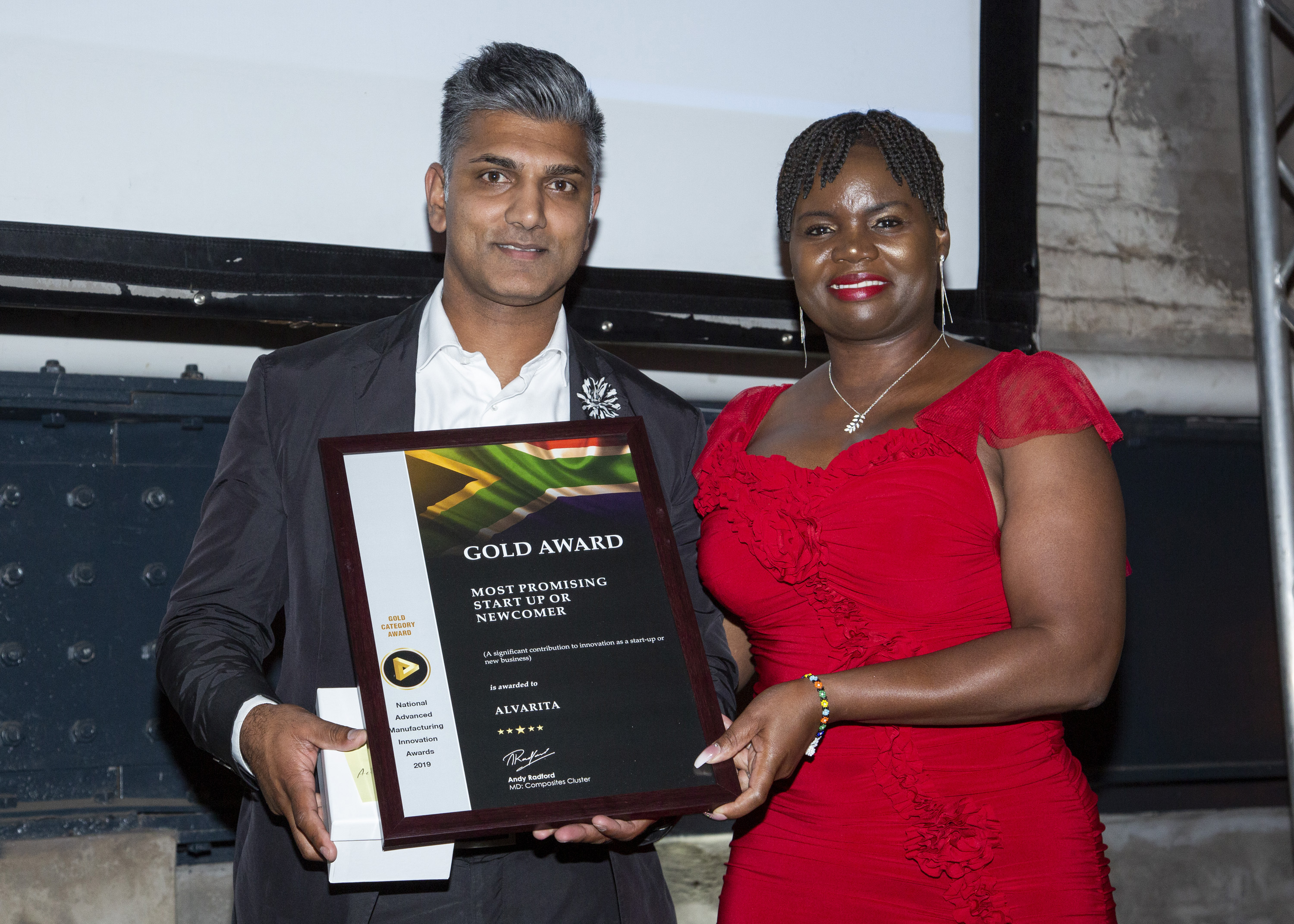 SEVERAL organisations leading South Africa into the Fourth Industrial Revolution (4IR) were recognized at the African Advanced Manufacturing Innovation Awards, presided over by the DTI at the Tramways in Port Elizabeth on 27 November. Awards were made to 11 organisations in six categories to identify, promote and reward innovation in the advanced manufacturing and composites industry, including 3D printing, robotics, AI and automation.

Aircraft component manufacturer Aerosud was acknowledged for working with Pioneer plastics in roto-moulding of aircraft parts to develop the capability which replaced previously imported components.

Rubber Nano products, a chemical technology company that manufactures a novel activator, scooped the award for industry advancement. Activ8 realises a paradigm shift in the rubber curing process. This shift facilitates unprecedented curing advantages and final rubber properties in the sulfur-based cure of diene rubbers. The nature of this pioneering technology allows it to have an impact at each stage of the manufacture of a rubber item, from curative choice, to mixing, to energy consumption and final property.

Activ8 uses a proprietary ionic liquid system which is capable of dissolving all of the rubber curatives effectively. This supersedes the surface particulate chemistry that rubber curing has been limited to for the last century. This equates to unprecedented dispersion of active species throughout the rubber matrix and as such, incredibly efficient coordination of these actives both in the coordinating phase of a cure and in the crosslink formation. This has huge implications on the amount of curatives needed and on the energy needed to cure the resulting rationalised system.

In the innovation category, Data Prophet was rewarded for their AI work and in the manufacturing environment, where an AI has produced astounding results on factory efficiency.

Andy Radford of the Mandela Bay Composites Cluster, co-ordinator of the awards, which is an element of the annual African Advanced Manufacturing and Composites Show, said the awards submissions was an indication of the capability South Africa has to operate and excel in 4IR technologies.
“There was once again a high standard of entries and it is clear that South African companies need not stand back internationally. What is critical is that we widen the base of companies operating at this global standard and that is what in part the awards aim to do,” Radford said.

Runner up: Emmanuel Tetteh of the Durban University of Technology

Runner up: Not awarded

Most Promising Start- Up or Newcomer
Winner: Alvarita