Initial testing of tyres made from the nature-identical, biomimetic synthetic rubber BISYKA shows that they achieve around 30 to 50% less abrasion compared to natural rubber tyres. (© Fraunhofer IAP, Photographer: Till Budde) 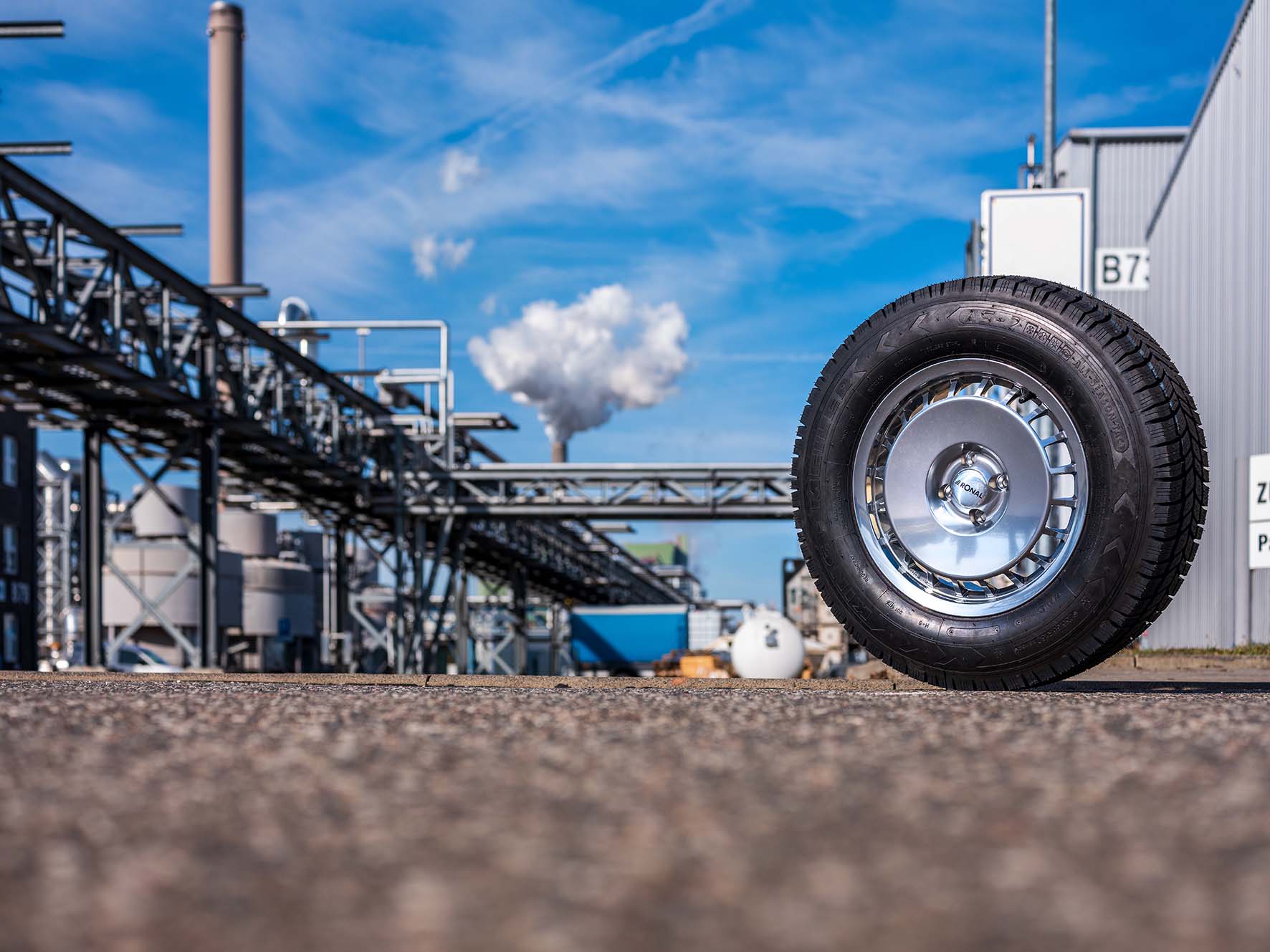 NATURAL rubber from rubber trees is a raw material with a limited supply, according to research by the Fraunhofer Institute for Applied Polymer Research IAP in Potsdam-Golm. Synthetically produced rubber has not yet been able to match the abrasion behaviour of the natural product, rendering it unsuitable for truck tyres. But now, for the first time, a new type of synthetic rubber has been developed that achieves 30 to 50% less abrasion than natural rubber.

The problem with natural rubber is that the security of supply for this important raw material is endangered. In Brazil, the original home of the rubber tree, the fungus Microcyclus ulei is laying waste to whole plantations. If the fungus crosses over to Asia, where major cultivation areas are located today, the global production of rubber will be threatened.

In view of this threat, researchers at the Fraunhofer Institutes for Applied Polymer Research IAP, for Microstructure of Materials and Systems IMWS, for Molecular Biology and Applied Ecology IME, for Mechanics of Materials IWM and for Silicate Research ISC have now optimised the characteristics of synthetic rubber.

But how did the researchers achieve this higher performance? At Fraunhofer IME, scientists investigated rubber from dandelions. Like the rubber from rubber trees, 95% of dandelion rubber consists of polyisoprene, while the remaining percentage is made up of organic components such as proteins or lipids. The advantage of dandelion rubber over tree rubber is that the former has a generation succession of just three months as opposed to seven years for the latter. That makes rubber made from dandelions an ideal starting point for investigating the influence of organic components on the rubber characteristics.

After they had identified the organic components that were important for abrasion behavior, the researchers at Fraunhofer IAP synthesized the BISYKA rubber out of functionalised polyisoprene with high microstructural purity and the respective biomolecules.

Their colleagues at Fraunhofer IWM and IMWS then investigated the characteristics of the rubber variants obtained using extensional crystallisation: If you stretch natural rubber to three times its length, crystalline regions form – the rubber hardens.

“The extensional crystallisation of BISYKA rubber equals that of natural rubber,” explains Wendler. When making truck tyres, the rubber is usually mixed with carbon black. Increasingly, however, manufacturers are adding silicates to the mixture instead of carbon black. This is where the expertise of Fraunhofer ISC comes in: At the institute, scientists investigate how new kinds of silica fillers can lead to optimum alternatives to natural rubber in the automotive industry.

“So far, we have only carried out initial tests with the BISYKA tyre blend, but they are extremely promising. As the next step, we want to further optimise the BISYKA rubber. This concerns above all the proportion and the composition of the organic components. At the same time, we will adapt the formula of the tread compound for truck tyres to the new rubber,” says Wendler. Currently the researcher and his team are looking for cooperation partners who will bring the product to the market.