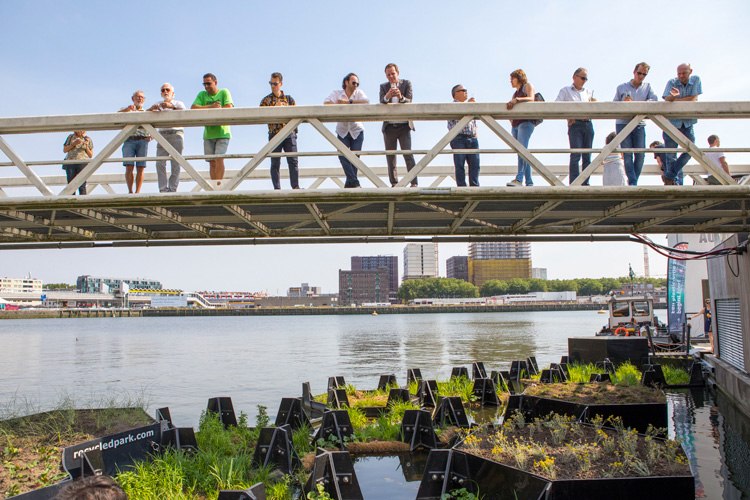 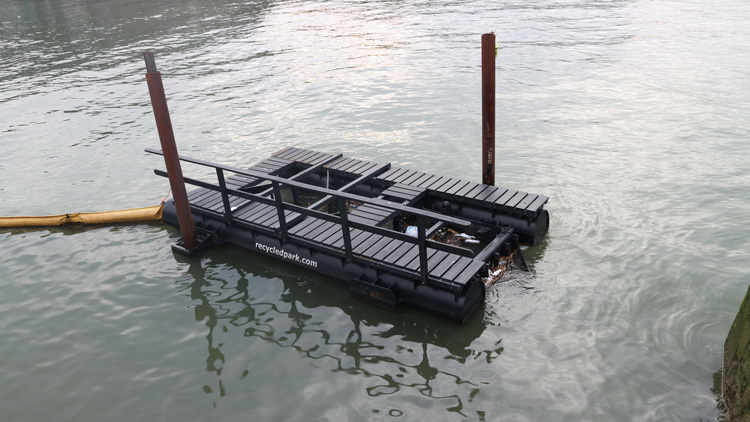 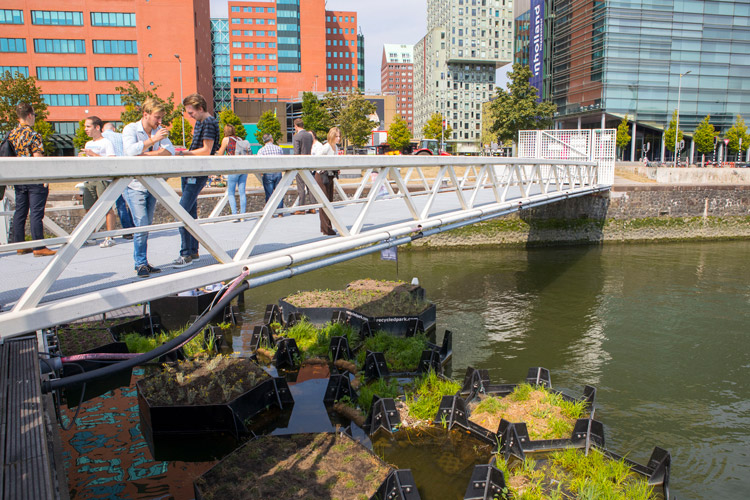 Plastic pollution is a huge problem worldwide, and cities around the world are now implementing various initiatives to stem the tide of disposable, single-use plastics before it gets out into the environment or into the oceans. In the Netherlands, Recycled Island Foundation has been working for the last five years to create Recycled Park, a floating park that’s made out of 28 recycled plastic hexagons, which now act as micro-habitats for plants and animals like snails, worms, insect, fish and birds

Measuring 140m2, Recycled Park’s hexagons are made out of plastics that were collected using passive plastic litter traps and during volunteer clean-ups of the shoreline. The aim here is to divert these plastics into creating something useful and beautiful, rather than to have it pollute the waters, says the team:

The aim of this iconic Recycled Park is to illustrate that recycled plastic from the open waters is a valuable material and suitable for recycling. By re-using the retrieved plastics and by producing building blocks with them, the plastics receive new value. As an extra the building blocks create a new green area: Recycled Park. Floating green structures are a plus for the city and have an ecological function in the river as habitat for micro and macro fauna.

Working with Wageningen University, these plastics were then sorted, analysed and processed into a recycled material that could float and was also strong. In collaboration with students from Rotterdam University and TU Delft, a method was developed to attach the blocks together to form larger masses.

The hexagonal blocks can vary in height, and could potentially even carry a tree using planters on top, while the underside can be designed in a way that encourage sea vegetation to flourish. It could make for a new kind of water-bound green space, says the team:

In the variation of building blocks different new landscapes will arise. A new city park can be constructed that will have its own unique character as floating landscape in the river.

The floating park can take a valuable role in the city expansion on the water where we facilitate in a public green area for the neighborhood as well as the city. The city park can facilitate all regular green facilities as sport- and playfields, together with more water-related programs.

The team hopes that Recycled Park can become a viable alternative to “softening” the hard shores of the port city of Rotterdam; doing it the conventional way of demolishing existing infrastructure to put in greenscaping is expensive and slow. This could be a quick and cost-effective way to do it, while also curtailing outgoing plastic waste.

The project is set to expand to other locations. This year will see the collecting basins deployed in the Charleroi Canal in Brussels and on the Indonesian island of Ambon.