The WasteShark™ was put through its paces in Hout Bay harbour on the Cape Peninsula in June, where Douw Steyn of Plastics/SA met up with Richard Hardiman of RanMarine 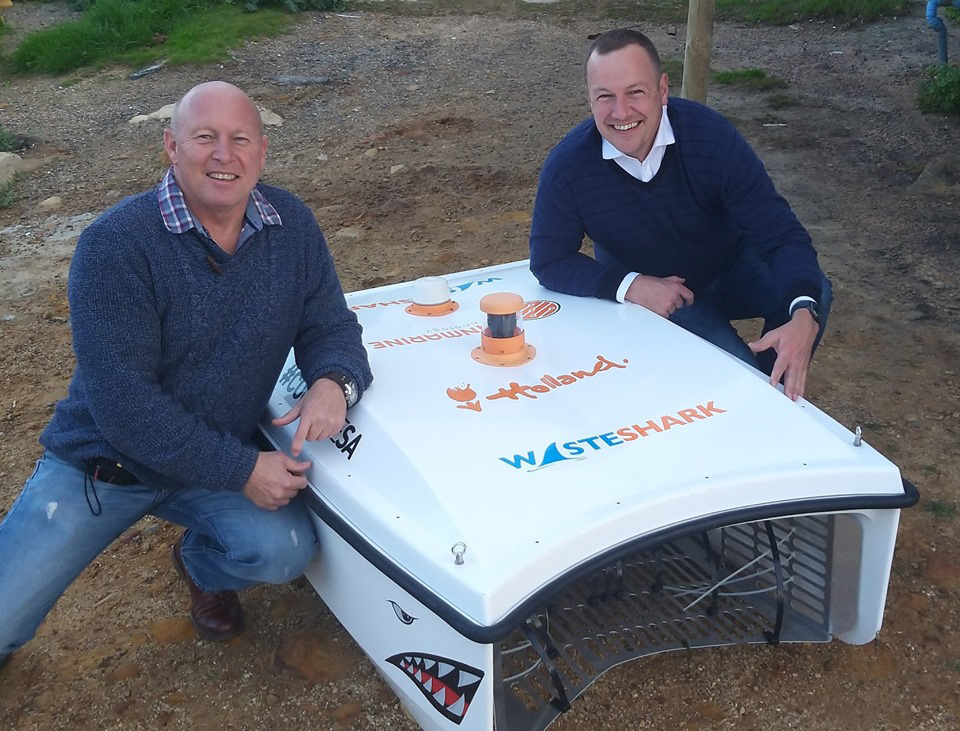 RANMARINE Technology, a drone technology company from the Netherlands, specialises in remote controlled and autonomous drones called ‘Sharks’ that operate on water, extracting unwanted material and gathering data about the marine environment.

RanMarine’s WasteShark™, modelled on Earth’s biggest fish, the whale shark, will ‘eat’ plastics and other floating litter; extract alien and pest vegetation; and can detect chemicals in the water.

The WasteShark is designed for both human-operated and autonomous operation, and has zero greenhouse emissions. It can operate for a 16-hour day by remote control or on a plotted course, can move forward or in reverse, has an unladen weight of 39kg and a carrying capacity of 200 litres. It can also be fitted with additional devices, such as sensors for temperature, pH, conductivity, oxidation-reduction potential and depth, and then send data back to ‘central command’.

Steyn said he thought the system could be too sophisticated for the local situation, and could not be used offshore around the SA coast due to frequently rough conditions. However, he congratulated RanMarine on the progress made so far. The WasteShark is still in the development phase and the process could yet result in important further progress in the fight to curb marine plastics litter, added Steyn.