Mpact Plastic Containers is developing a 10 000m² recycling plant alongside its Brits operation. The Brits project, with 2 500m² undercover, is an estimated R30-million capex venture 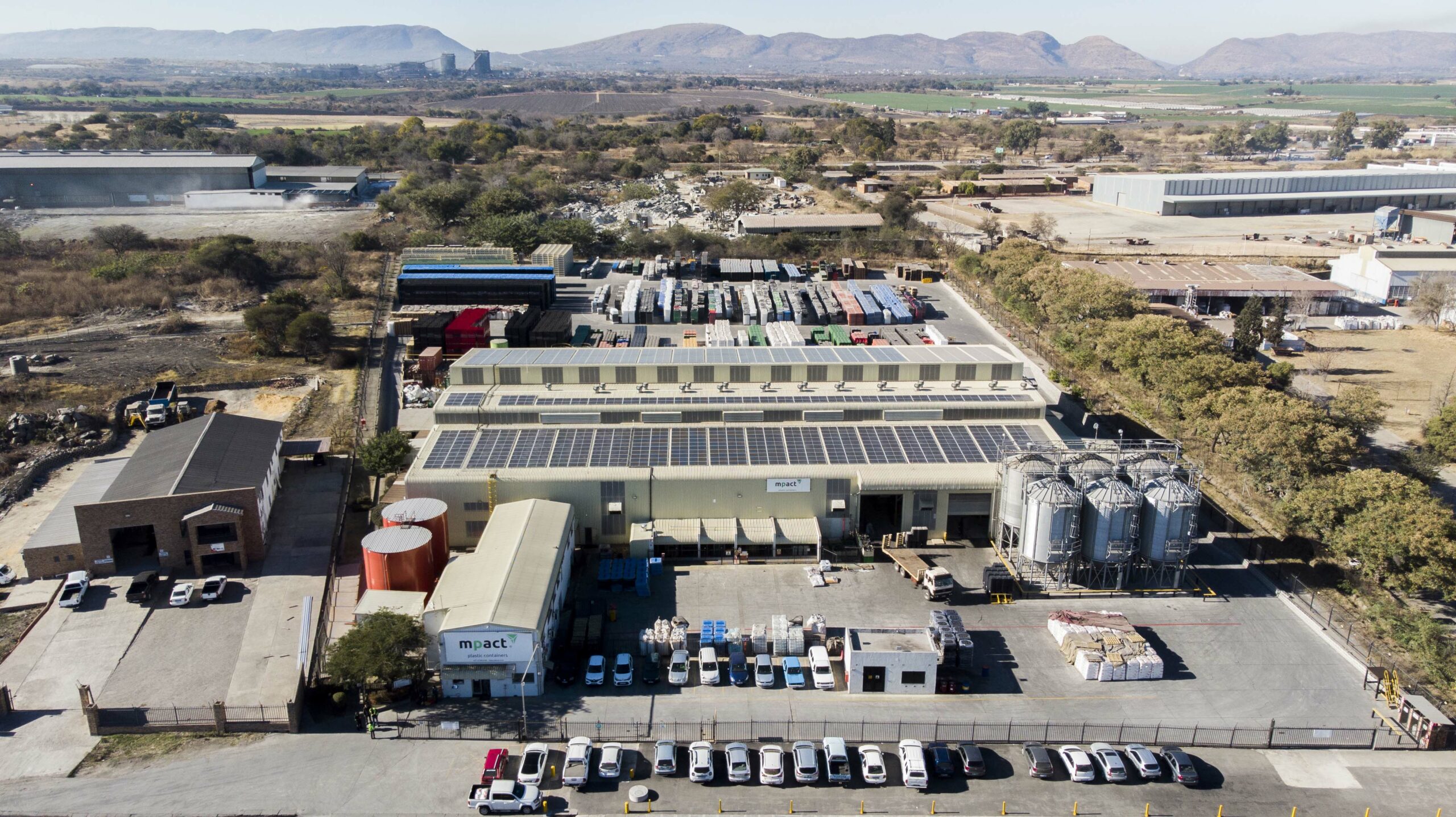 FRESH from the fiasco of its venture into PET recycling, Mpact Group is involved in further major expansion of its plastics business with a sizeable chunk of that going into recycling, now for polyolefins.

In this case the vehicle for the expansion is Mpact Plastic Containers (MPC), which is a separate business within the Mpact Group, with its own board of directors and of which Mpact Group is the majority shareholder.

In the two current projects, Mpact Plastic Containers  is taking over the site in Castleview, Wadeville, from which Mpact Polymers, the failed rPET venture, operated from, and is also developing a 10 000m² recycling plant alongside its Brits operation. The Brits project, with 2 500m² undercover, is an estimated R30-million capex venture.

Taking over the Wadeville site is a big call for Mpact group and MPC. Figures for the loss from the rPET venture that was Mpact Polymers could be as high as R650-million. The business, of which Mpact was a 69% stakeholder, was discontinued in November 2019 (it had been established only four years prior, in 2015), with the chief reason given at the time being that the price of virgin PET was lower than what it could produce its rPET at. Swings in virgin prices always impact prices for recycled grades, particularly in South Africa where recycled prices were understood to track at levels of about R5/kg below virgin prices. It has been different with food-grade rPET. However, in other regions of the world, where demand for rPET resulted in prices exceeding those of virgin, this situation did not materliase in South Africa.

But the set-up costs for the Mpact Polymers rPET business may have made the project unsustainable.

Mpact Group CEO Bruce Strong has fronted up to the failure of the venture and appears to have the full backing of the Mpact shareholders. A qualified engineer and CEO of Mpact Group since 2009, Strong has been involved in both paper and plastics recycling even prior to that (Mpact is one of SA’s largest paper recyclers).

Addressing an MPC customer conference in Joburg in October, Strong said it was necessary for the business to shed the “emotional baggage of the failed project” (something that virtually every manufacturing business has to confront at one or other time) and move ahead. The failure of the business has had a big impact on Mpact staff too, in terms of earnings.

“Situations like ‘Day Zero’ allows one to put these bad decisions behind us,” added Strong.

About the only plus coming out of the Mpact Polymers demise was that discussions are in the final stages to sell the Krones recycling line to an international buyer.

Earlier this year the Mpact-MPC partners decided to buy Mpact Polymers out of business rescue, with the big plus being that the purchase included that of the property in Atom Street, Wadeville, one of SA’s top industrial areas. MPC will at first continue to operate the venture as Mpact Polymers, but the strategy is to develop the site as MPC’s third injection moulding plant, as which it will later be rebranded. It is to install a number of high-tonnage European sourced injection moulding systems there. MPC has used Italian technology – for machinery, moulds and robotics – throughout.

Headed by Loutjie de Jongh, MPC is a leader in South Africa in the production of bulk bins, wheelie bins and a wide range of other container solutions, including that of collapsible crates for agriculture, retail and general industry. It operates two large converting operations, in Atlantis (Western Cape) and Brits (North-West). The latter plant, unseen by journalists or any but the Mpact close circle, is said to be one of the most highly automated and streamlined injection moulding plants in Southern Africa with major use of robotics.

A leader in a number of container market segments

It is the maverick de Jongh who has been one of the main catalysts for the current venture. The man has put considerable energy into the ongoing expansion of MPC’s two current injection plants and in the process developed an empowered management team that has seen the business become the leader in a number of container market segments, especially bulk and wheelie bins. Its ‘Jumbo’ 0.8m³ bulk bin, introduced in a major capex venture in 2005, has become the SA leader in this category.

De Jongh has for long advocated that investment is the future of the industry and has over the past near-two decades to do so. MPC’s continued investment in plant has put some distance between it and its rivals.

MPC plans to considerably expand its injection moulding capacity at the 20 000m² Wadeville site. One of the main advantages is that the site is closer to SA’s industrial hub. The only reason the MPC plant is based in Brits, some distance to the north-west of Pretoria, is that the Plastics Omnium business it bought in 2010 was situated there. Other large injection moulding businesses operate in the area too, but these are virtually exclusively to supply the automotive OEMs based in Rosslyn.

The plan for the development of the adjacent recycling plant in Brits is to collect and reprocess PP and HDPE as well as other materials for use in the mouldings it produces, to achieve the full-circle goal. MPC is making increased use of recycled materials, with one of its most recent successes being the moulding of the wheels for its wheelie bins in recyclate.