Fenix Rising started manufacturing roto machines for tanks in February, since when six have been built (as at November 2021). Fenix has already started tank manufacturing operations in Yaoundé (Cameroon) and Kinshasa (DRC) 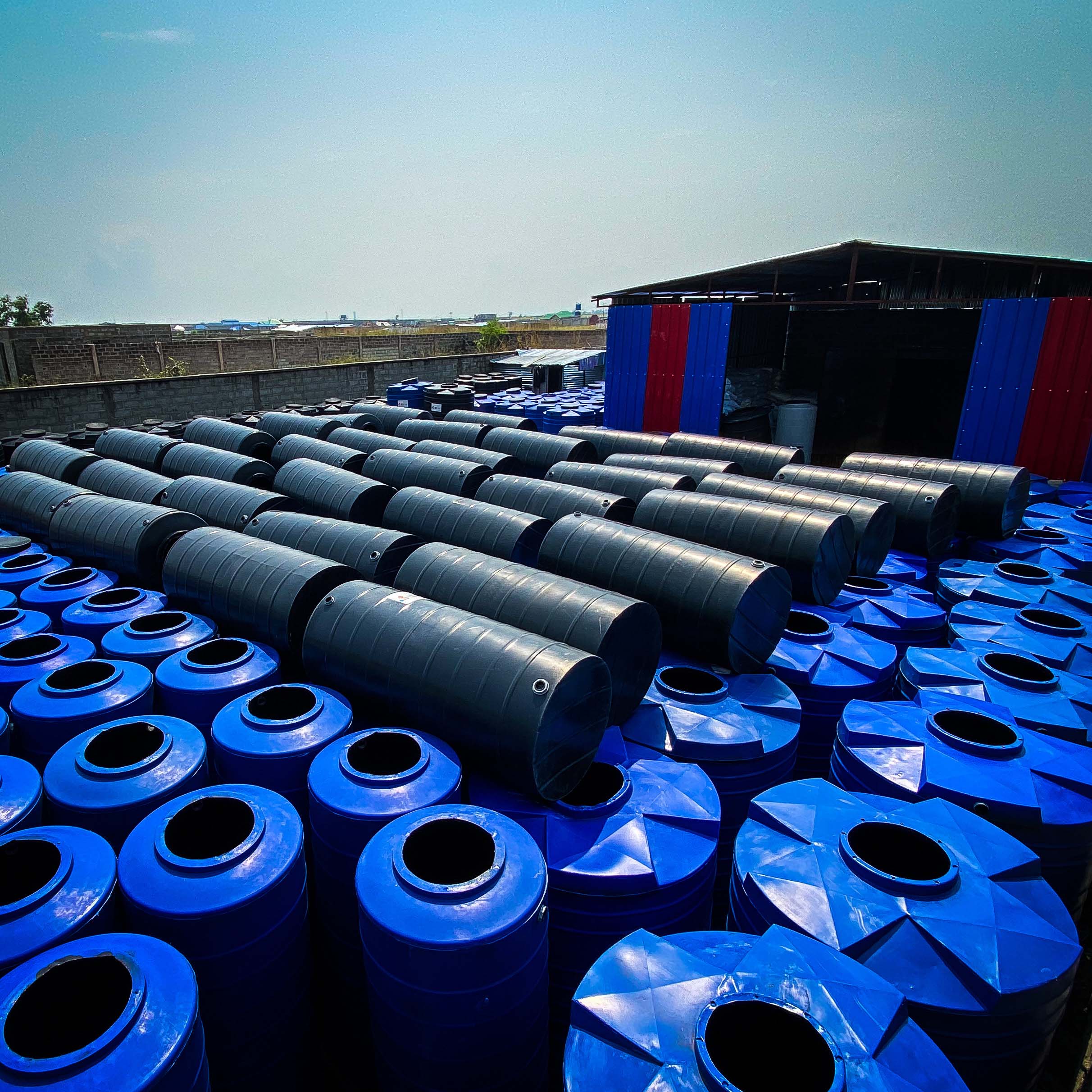 THERE may be some confusion about the origins of the name of the company Fenix Rising, but there’s no doubt about its intentions, it literally is rising from the ashes of a failed business venture.

Fenix is a Cape Town-based multi-channel roto supply business which, besides manufacturing roto powders as well as its own roto machines, has in 2021 ventured into Africa and opened tank-manufacturing plants in Cameroon and DRC, with plans for many more.

Fenix (apparently the old English spelling for Phoenix, which rises from the ashes of its dead predecessor) was started in 2014 by Werner du Toit, son of the late Pieter du Toit of Lomold fame. Lomold was a visionary venture to introduce a long glassfibre strand technology to produce pallets by a proprietary injection moulding technique that had the potential to grab a share of the vast global pallet market, but which ultimately collapsed.

So Werner was obligated to go back to ‘start’ and the platform for that was to begin with the manufacture of roto moulding powders, which had also been the model for one of the subsidiary businesses of Lomold, but which too had shut. At the time he thought he would be able to resolve at least some of the issues resulting from the Lomold implosion, thinking he understood about 80% of his father’s business model. But he soon established that he knew far less (“only about 20%”) of the entangled venture’s activities, with several contracts and agreements of which he was unfamiliar.

There was no alternative but to wipe the slate clean in order to restart. With the support of key staff Wiseman Nakalebe and William Makupe, who he had been working with since 2003, Du Toit set out on the Fenix journey. More trouble lay in store, however, when one of the company’s first main customers too went belly-up, nearly dragging the venture into oblivion yet again.

Resilience is necessary in the setback situation and Fenix has ventured into areas where few others would tread. It first began with the milling of roto powders, using a Powder King pulverizing system, and then progressed to manufacturing water tanks using its own powders. In the next step, it began building roto machines for tanks in February, since when six have been built (as at November 2021).

The machines are simple, “can be fixed with a hammer and spanner” and can operate off a generator. The latter is necessary in Africa (and increasingly in South Africa too) and Fenix has already started tank manufacturing operations in Yaoundé (Cameroon) and Kinshasa (DRC). As far as Fenix is aware, no or very little plastic water tank manufacturing was taking place in either country.

According to Du Toit, “A water tank is not an expense, it’s an investment”.

Fenix’s marketing strategy is ‘Build Plastic Water Tanks Anywhere’. Its solutions include the supply of machines and material, and training personnel – essentially a whole “Business-in-a-Box”.

The plants in Cameroon and DRC are operated by individuals with who Fenix is familiar, but the goal is to offer the solution to entrepreneurs who wish to manufacture across the continent in partnership with Fenix. Few from the SA roto moulding community have been prepared to venture into Africa, possibly because the local market is still relatively open, but the problems of unpredictable municipal water supply are making solutions such as that offered by Fenix increasingly attractive.