New line – The new line from Erema, an Interema 1310 TVEplus® system, at Pelmanco in Saxenburg business park, is its most sophisticated recycling system to date. The company previously installed Erema lines in 2003, ‘08 and ‘16 and, according to CEO Jan Rabie, the new acquisition has taken production to a new level 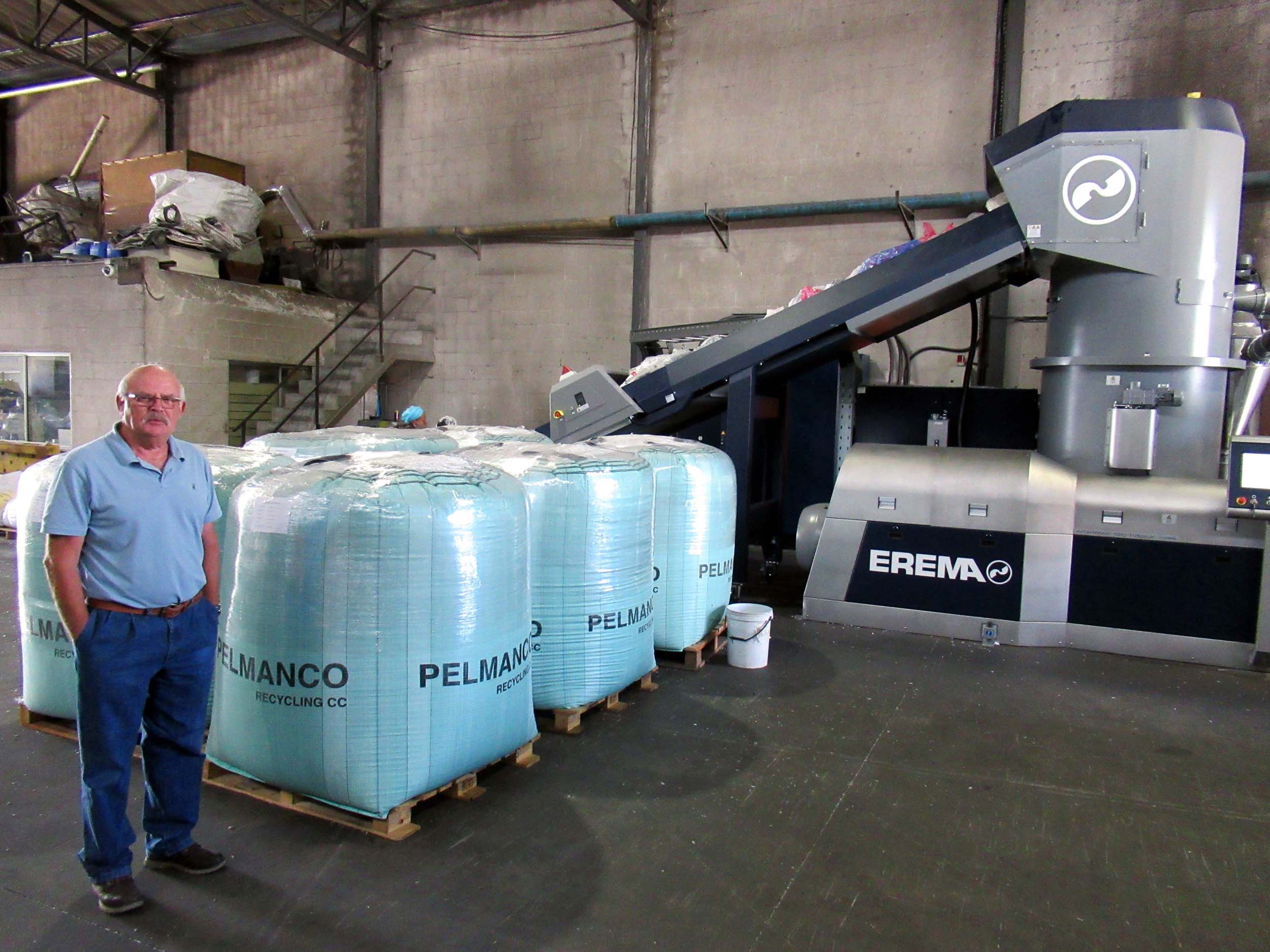 PELMANCO, the polyolefins recycler based in Blackheath near Cape Town, has recently installed its biggest Erema system yet.

Established in 1992, Pelmanco has installed a series of Erema systems over the years, starting in 2003, as it steadily increased volume throughput, and the commissioning of the new system in November last year is evidence that the company’s output continues to grow.

The Intarema® 1310 TVEplus’ patented extruder system sets new standards for the recycling of materials that are difficult to process, such as heavily printed films or very moist materials. This is made possible through ultrafine filtration, thorough melt homogenisation and high-performance degassing, all conducted in a single step.

The proven basic principle of TVEplus® technology is that melt filtration takes place upstream of extruder degassing. As a result, end products can be produced with the best quality and the highest possible recyclate content.

The Intarema® 1310 TVEplus’s compact design saves factory floor space, and it is extremely easy to use, thanks to Erema’s ‘Smart Start’ principle. The ecoSAVE® feature reduces energy consumption by up to 12% as well as production costs and CO2 emissions as a result.

According to Pelmanco CEO Jan Rabie, the project was virtually a plug-and-play experience: “The only problem we had was getting the machine out of the containers – I don’t know how they managed to fit it in so tightly.”

Possibly forewarned by prior experience, where machines have moved inside containers during transit, and been damaged, the Austrian manufacturer may have taken a no-risk approach to ensure safe delivery and made sure there was zero chance of any movement during shipping.

By the way, Erema has supplied over 6 500 of its recycling systems internationally which process an estimated 14,5 million tons of material annually, so it’s safe to say that by now they know their stuff.

Pelmanco, founded as Plastic Engineering & Laminating Manufacturing Co (just as well they abbreviated the name, shew!), recycles low-density, linear and also HD film. It sources a cross-section of materials including post-consumer scrap and supplies three main grades, black, smokey and clear, with the latter achieving the best prices. It supplies a number of customers around SA and the neighbouring states and, according to Rabie, most of its customer relationships have been of long-duration. There has been interest from a few new customers since the exit from the recycling sector last year of Transpaco Recycling, but apart from that, the market has been quite consistent for the company.