UK company Macrebur have developed ways to reduce the use of fossil fuels used in paving roads by replacing bitumen with waste plastic in the asphalt mix. Macrebur's® MR products can reduce the amount of plastic in landfill and oceans as well as the amount of bitumen leaching into rivers and streams 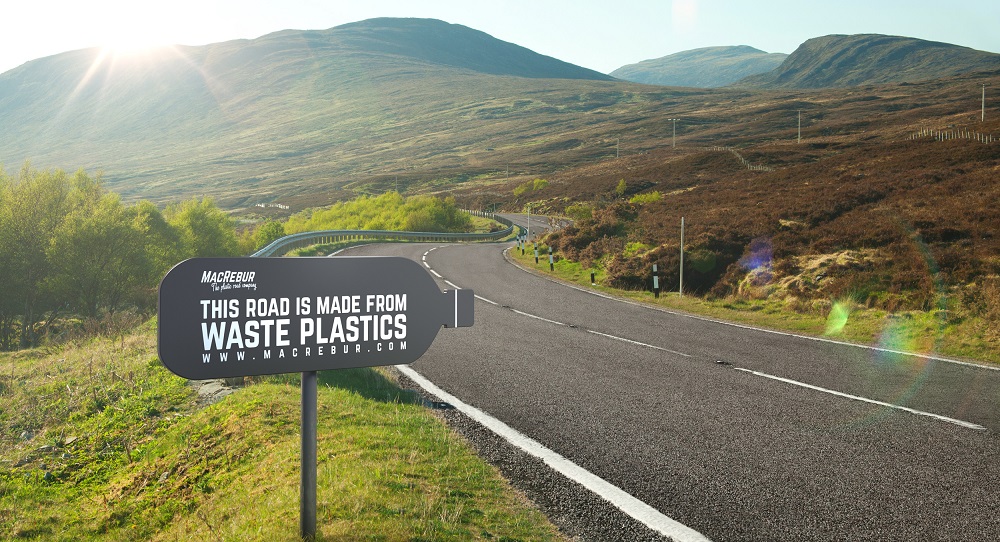 Taking a closer look at the pellets that are used in the asphalt mix, Gareth Nel of MacRebur, Eastern Cape MPL Vicky Knoetze and Kouga mayor Horatio Hendricks on the road in Jeffreys Bay where construction is expected to start in April (IMAGE Kouga Municipality/Laura-Leigh Randall) 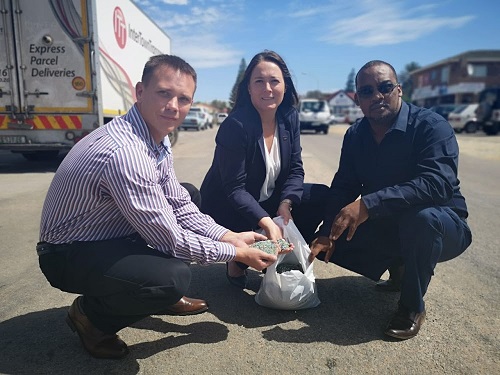 KOUGA municipality in the Eastern Cape is gearing up to build the first plastic road in SA. Kouga municipality mayor Horatio Hendricks said at a media launch in Jeffreys Bay that local civil engineering and construction companies SP Excel and Scribante Construction would partner with Scottish firm MacRebur to build a one kilometrem stretch in the coastal town of Jeffreys Bay as a trial.

The project will make use of 1.8 tons of non-recyclable plastic per 1 kilometre and will include a complete reconstruction of Koraal street in Jeffreys Bay.

The first phase of implementation will involve a large amount of waste plastic which will be imported from Scotland and will be used in the first pilot project.

DA MPL Vicki Knoetze says it took more than a year’s planning to reach this stage.

“I am delighted with the outcome and that Kouga has agreed to become the first municipality in South Africa and the continent to put the technology to the test,” she said. “Non-recyclable plastic waste is processed into pellets and used to replace a large component of the bitumen in a conventional asphalt mix.”

The result is a road that is stronger and more durable. Water, the main cause of potholes, does not penetrate it as easily as with traditional asphalt mixes and it is also more heat resistant.

Hendricks said if the trial was successful, the municipality may build a factory to recycle and produce plastic pellets locally.