Considering the average shop charges around 50 cents for a carry bag at the till – 42 cents minus the 8 cents that goes to SARS – that’s R1.2 billion a year that retailers could potentially be throwing away in their bid to stop the waste 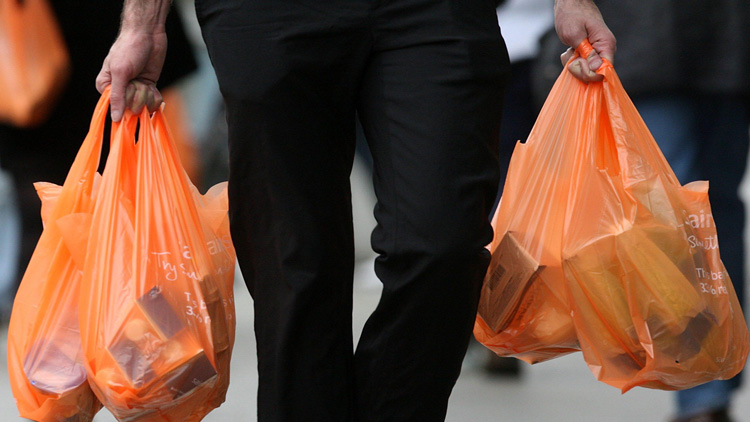 SOUTH African retailers have started making a concerted effort to do away with wasteful plastics which is being used in their products, with both Woolworths and Pick n Pay announcing plans to remove various practices.

Woolworths has announced that it aims to be rid of single-use plastic bags by 2020, giving the group a timeline to wean shoppers off of ‘wasteful’ plastics and transition them on to something more environmentally friendly.

Pick n Pay, meanwhile, as part of their efforts in minimizing their plastic footprint are introducing 100% recyclable shopping bags by August 2018, a big push in showing their commitment to moving away from single-use bags.

According to businesstech.co.za, while these may seem like small gestures in the greater scheme of things – they will come at a huge cost to both stores and government, who makes money from the status quo.

The South African government implemented a plastic bag levy in 2004 as a way to combat the growing pollution problem that had become prevalent in many large metro areas.

According to the latest tax statistics for 2016/17, the government collected R232 million in levies from bag sales. At 8 cents a bag, it implies an amount of 2.9 billion plastic bags were purchased during that financial year.

Ridding ourselves of plastic bags will effectively wipe this off of the government’s collection plate, but the loss to retailers is even bigger.

Considering the average retail shop charges around 50 cents for a carry bag at the till – 42 cents minus the 8 cents that goes to SARS – that’s R1.2 billion a year that retailers could potentially be throwing away in their bid quest to stop the waste.

While some costs will be recouped by the alternatives which will be put to consumers at a price, the fact remains that not as many will be sold – which is the point.

Does the tax work?

South Africa’s plastic bag tax has drawn criticism from both sides of the argument – with politicians saying that the tax should be eliminated altogether, as it negatively impacts consumers and particularly the poor.

According to an online news website in the States, Patch,com reported that “In San Francisco plastic bag use was reduced by 78% after a fee was instituted. Washington DC saw a 60% reduction of plastic bag litter in the Anacostia River following the implementation of a 5 cent fee. Ireland’s bag ban fee reduced plastic bag usage by 90% in the first year and rose over $18 million.”

We’ve had less success in South Africa as recorded by a paper written at the University of Cape Town on the ‘Analysis of the Plastic Bag Levy in South Africa’. The initial drop in plastic bag consumption has become expected, but we have then become familiar with the price increase and still continue to purchase the plastic bags, the tax hike has battled to sway the consumers’ behavior unfortunately.

Others have argued that the price point (35 cents to 75 cents) is simply not high enough to incentivize consumers to stop buying the wasteful carry bags, so it just blindly sends money into government coffers.

However, breaking the SARS tax data down, it’s clear to see that the tax does work – to a degree.

A sharp drop after a tax hike was also seen when the tax increased to 6 cents in 2013, when usage went from 3.8 billion bags to 2.8 billion bags – though this drop was significantly higher at 25%.

The table below breaks down the use over the past 5 years.

The plastic bag is a useful product to the South African community; it can be used for many diverse applications; a rubbish bag, and carrier bag for example. It is also particularly useful for those who do not have vehicles and who cannot afford the environmentally friendly alternatives.

Retailers and governments are realizing the status quo cannot continue and with some big names already making the efforts to transition to more environmentally friendly alternatives, the others will surely need to follow suit.

“It isn’t unheard of now for shoppers to prefer one supermarket brand over another, purely because they express a serious commitment to recycled content in packaging or encourage their shoppers to bring their bags every time they shop,” Sampson told Business Insider SA.

Perhaps more efforts need to be made in stronger public awareness campaigns, higher levies on plastic bags, improved waste management systems in disadvantage areas and access to reusable shopping bags. Time will surely tell what the best way forward is, so long as efforts are being made.