The FlipFlopi dhow made largely from recycled plastic materials, is being prepared for her maiden voyage from Lamu to Cape Town. The local Swahili boat builders aren’t using any power tools or computers, only years of experience and knowledge 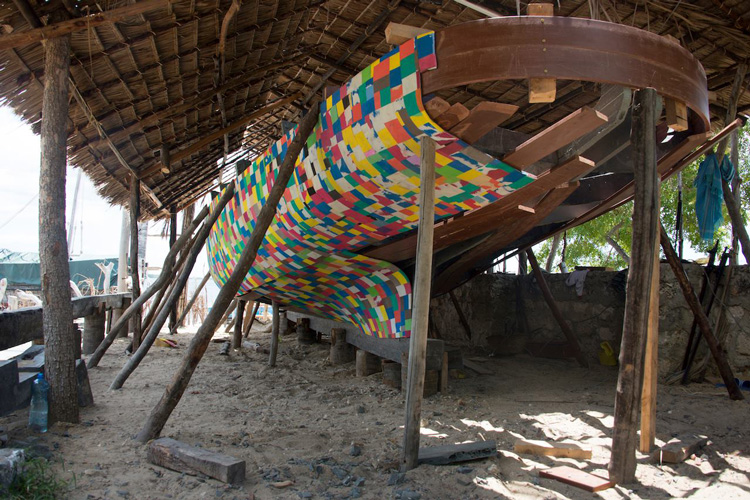 The boat builders are using traditional wooden boat-building tools and techniques and applying them to this very new, yet unusual material. Will it sink? We’ll have to wait and see 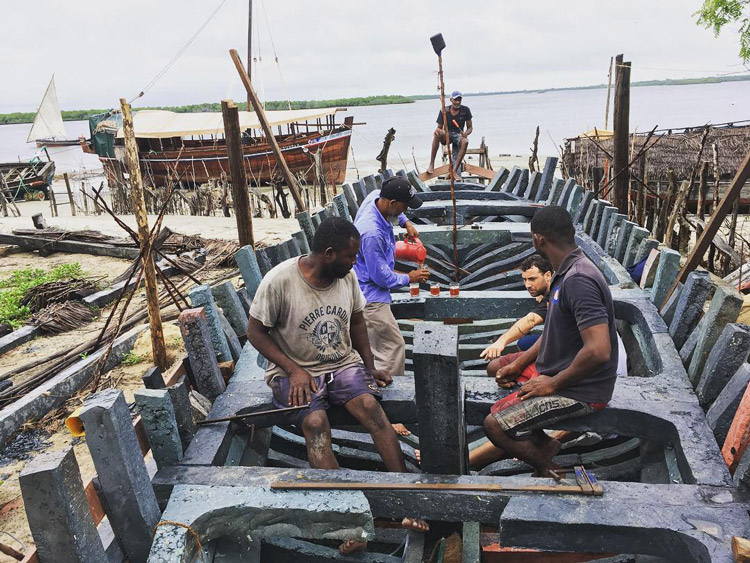 The teams at Kenya Plastics Plus Recycling are turning shopping bags, bottles and other waste discards into structurally commercial and viable recycled plastic lumber 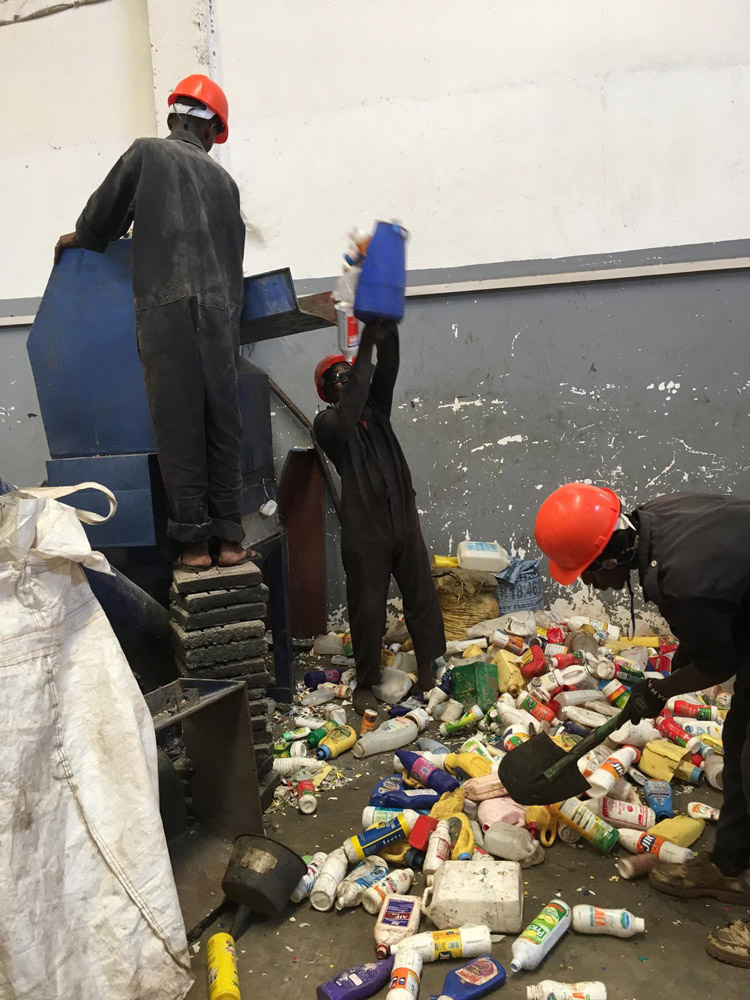 When plastic has been recycled it looks dull in colour and the team wanted to add elements of joy and vibrancy to their uplifting project. Forgotten flip-flops are commonly found on the beaches of Kenya; the team will be collecting and reclaiming 20 000 flip-flops. They’ll be squared off, moulded and line the hull of the boat 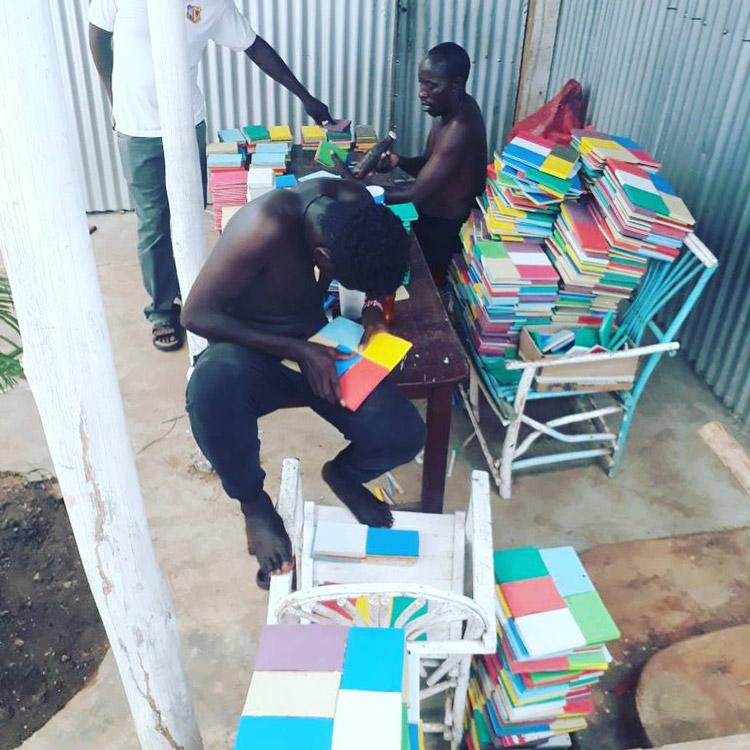 The flip-flops are affixed to a plastic sheet and turned into panels. The glue melts the pieces of sole together forming a bond as strong as the flip-flop itself. A combination of adhesive, battens and screws attach the panels to the vessel. The panels have given the boat its name, FlipFlopi 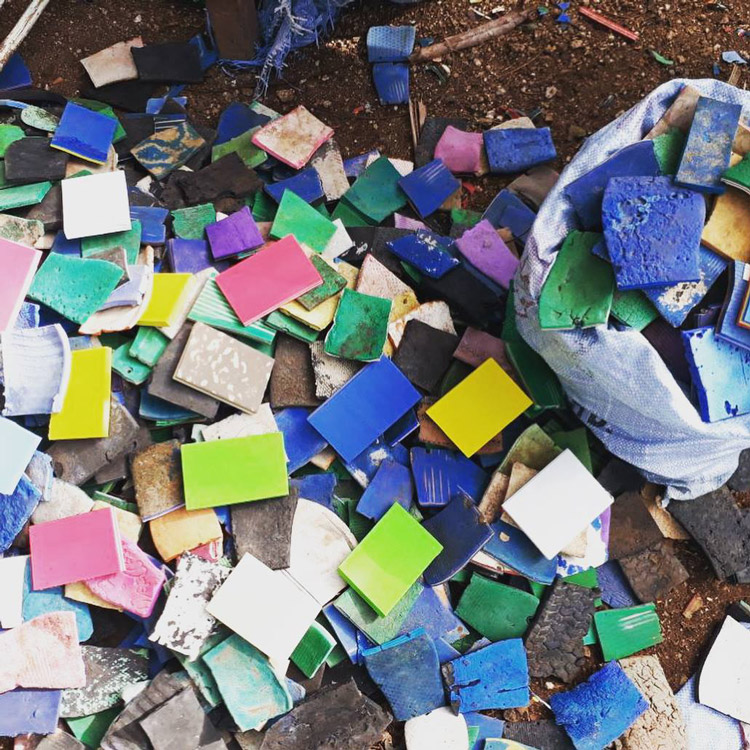 The boatyard is an idyllic setting in which to get work done. With the trash collecting and hours of recycling complete, the exciting aspect of the project can begin the building of the Dhow 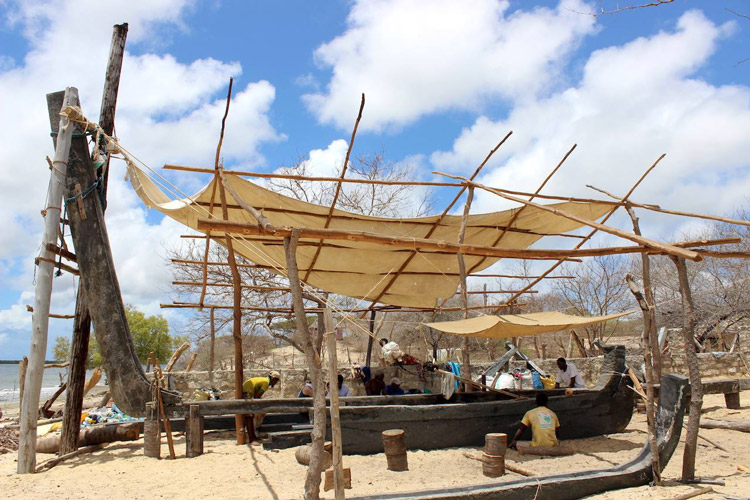 Turning the tide on ocean pollution

Single use plastic shouldn’t be used just once

THE idyllic coastline of Kenya on the east coast of Africa is known for its beautiful beaches and azure blue shores. Situated just off the mainland of Kenya is the island of Lamu, a piece of paradise recognised as a UNESCO World Heritage site and is home to the oldest continually inhabited Swahili settlements.

The Swahili people are known for their highly skilled craftsmanship in building sailboats, known as dhows. With its iconic triangle sails and wispy streamlined shape, the dhow boat is an integral part of Kenyan culture and heritage.

Lamu Island, like many around the world, is seeing the effects of ocean pollution. Ben Morison, a native of Kenya, specialising in safari tours, has experienced first-hand the effects of ocean pollution to the extent that it’s encouraged him to take action – he organised a beach cleanup with the help of 50 volunteers and they collected five tons of trash off a stretch of beach spanning 5km.

The idea is to build a 20m, 45-ton dhow made almost entirely from ‘repurposed’ plastic waste found on the shores of Lamu. Promoting a message of ‘reduce, reuse and recycle’, the aim is to sail the vessel, named the FlipFlopi, from Kenya to Cape Town on a maiden voyage to raise awareness of the plight created by plastics marine pollution.

Until recently, Kenya has instilled new rules in its efforts to be more conscious about waste pollution and their current ban on the use of plastic bags has been positively welcomed by the country, as well as recycling companies becoming more prevalent. The material used in construction of the Dhow comes from several recycling companies in Kenya.

The material used to create the sailboat (the keel, ribs and structural elements) will be commercially viable recycled plastic products including bottles, bags and other post-consumer waste using a process whereby the waste is sorted, shredded and the plastic re-extruded and moulded into beams and planks. The material is 100% post-consumer plastic and consists of an HDPE and LDPE mixture.

An estimated 20 000 lost and discarded flip-flops will be used to create panels for the hull and deck. The look of melted plastic is one which is dull and uninspiring, whereas the boat builders are now using the multi-colour flip-flops to create a bright and cheery impression … and that is how the boat and the project itself have been named, The FlipFlopi.

Renowned master carver Ali Skanda and his team of skilled craftsman are busy bringing this dream to life.

A prototype is currently being built and is nearly due for ocean trials. Once fully built, the prototype will embark on a sail around East Africa to continue raising awareness while observing any learning that they gauge from the sail in order to assist them in constructing the dhow.

The 5 200km voyage could be a tricky one as the changing winds are ruthless and passing the coast of Cape Town is renowned for its potential dangers. Whichever way this initiative pans out, the hope that this endeavour inspires and encourages recycling and brings about less single-use plastic.