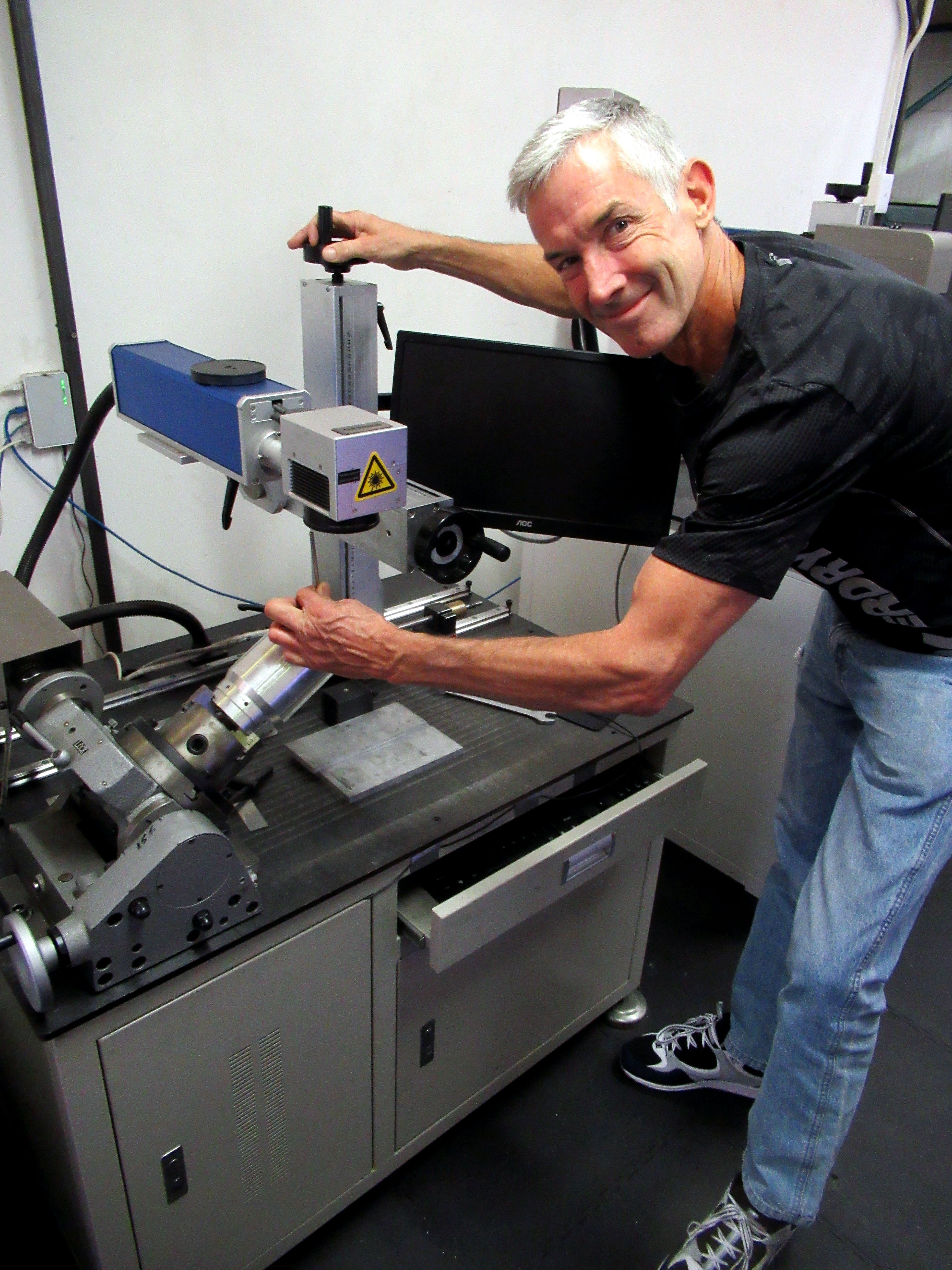 Habitat Industries MD Donovan Barnes sets up one of the laser systems. Habitat is running three of the M-Sun systems, performing a wide range of engraving jobs 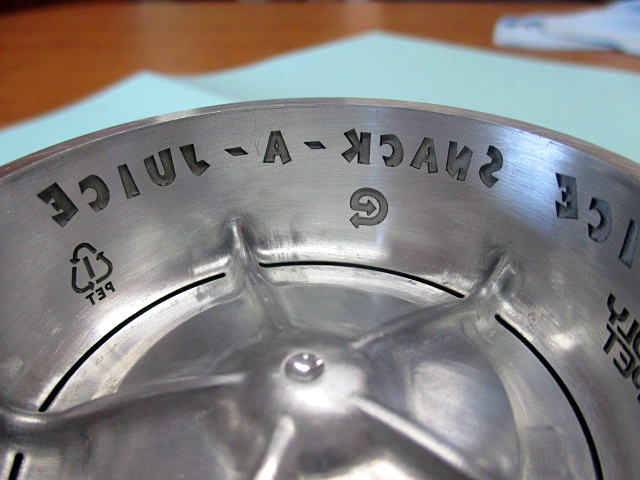 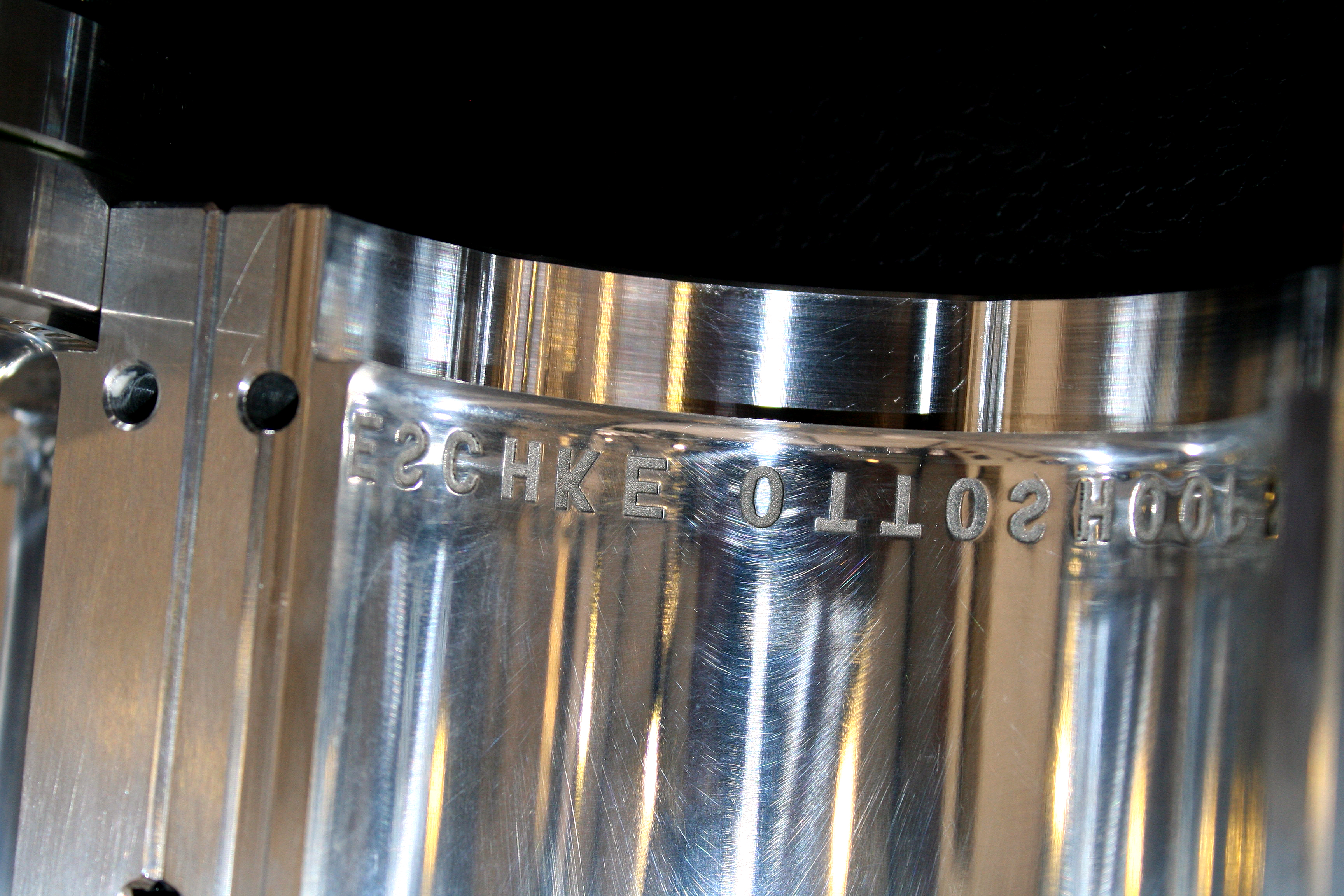 Convertors can have info and designs easily engraved to their moulds – serial numbers, product codes, logos and recycling codes etc – in double-quick time. Tasks such as the cutting of a product logo into a mould, which would formerly have taken about an hour, can now be handled in as little as 10 minutes with the new laser 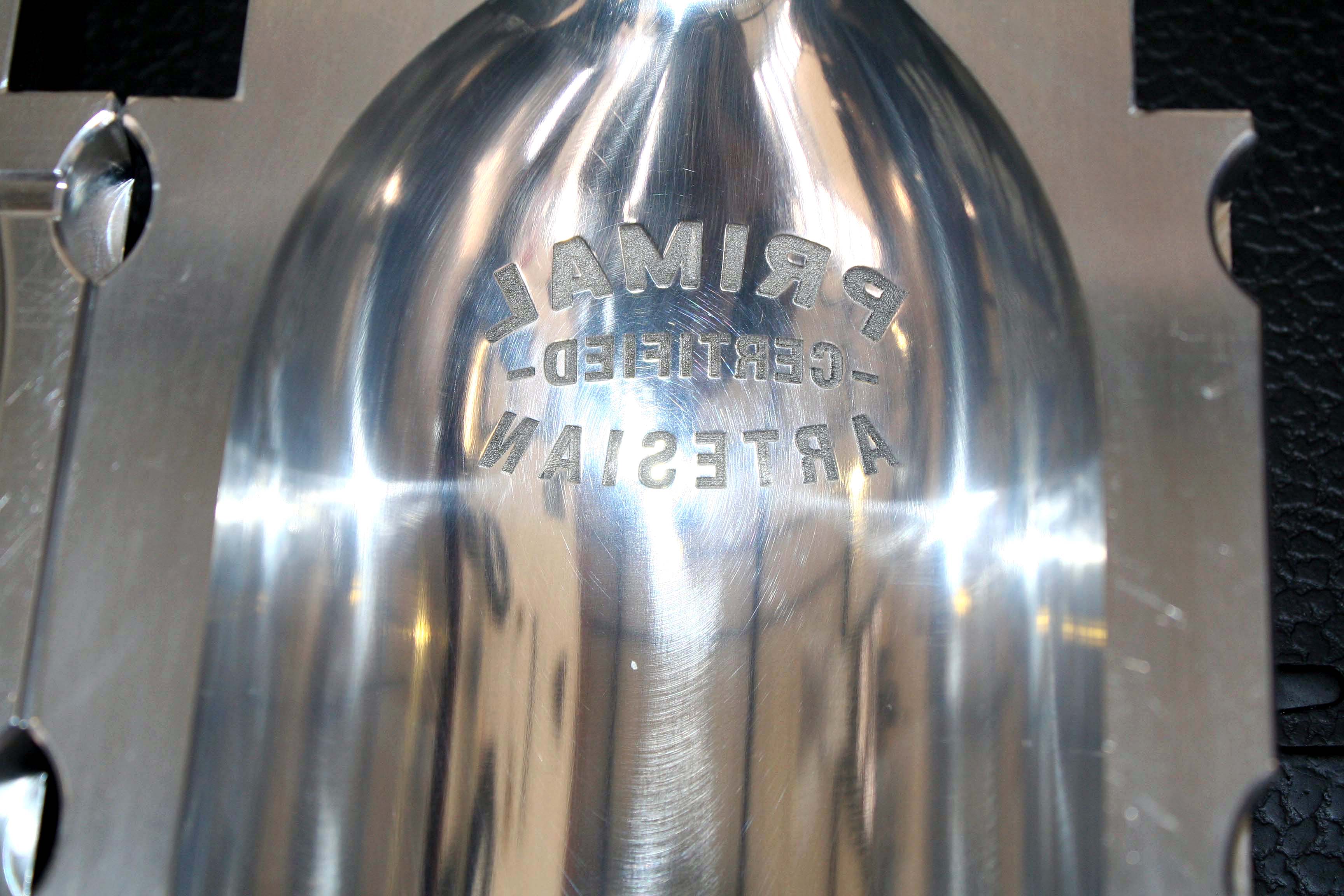 HABITAT Industries, one of South Africa’s top toolrooms for blow moulds, has expanded its laser engraving capability to the point where it has become a virtual pioneer in this capacity.

The springboard for its progress in this area was largely provided by its use of laser technolog for mould cleaning and repairs.

Cape Town-based Habitat has been in operation since 1995 and has gradually developed a reputation as one of SA’s most reliable manufacturers of steel and aluminum moulds for extrusion blow and injection stretch blow moulding. In 2014 it started Habitat Mould Services which offers mould repairs and modifications as its chief service. At that point the use of laser technology was introduced, with the purchase of their laser welding machine used to perform the efficient repair work. Both removing metal and build-up (welding) are performed by laser.

Habitat Mould Services operates from separate premises down the road in Killarney Gardens and has gradually extended its services: it has repaired or modified a large number of blow moulds over the past five years.

In 2018, Habitat Laser was born and ready to introduce the benefits of laser engraving to the industrial toolmaking industry: deep engraving as well as traceability part marking at cost-effective pricing relative to conventional methods.  A 2.5D auto focus engraving machine was purchased to enable complex or curved surfaces to be engraved, yet also allows for precise depth over the complete part engraved without having to adjust focal height.

In 2019 Habitat Laser purchased the laser cleaning tool, which through laser removes all tough scale, rust and other dirt to eliminate abrasive wear or abusive conventional cleaning which causes mould wear.  The laser frequency does not damage any steel surfaces either.

Besides cleaning, various other functions can be achieved by laser, including marking, cutting and welding with high accuracy being a major benefit, plus the even bigger advantage that the process is extremely fast – and specifically that it is considerably faster than conventional CNC cutting, by a factor of as much as x5.

Habitat group MD, Donovan Barnes, thus began to see further opportunities for laser technology in the toolroom environment, with the repair/modification work turning out to be a springboard for the engraving work.

Barnes consequently embarked for China and explained what Habitat envisaged to his laser machine supplier. The first systems had some limitations, but modifications were made on review and the latest lines (Habitat has now installed three M-Sun Laser units) are achieving all objectives. The main requirement was to adapt the units to work on blow moulds where the set-up, measurement and controls can accomplish extremely fine detailed work and achieve faster operation.

It is the latter which has created most interest of late. Now convertors can have info and designs added to their moulds – serial numbers, product codes, logos, recycling codes and suchlike – in double-quick time. Tasks such as the cutting of a product logo into a mould, which would formerly have taken about an hour, can now be handled in as little as 10 minutes.

Now other toolrooms can even allow the engraving of details such as serial numbers or logos on new moulds to be completed as a subsequent process by Habitat, confident that extremely fine attention to detail will be achieved.