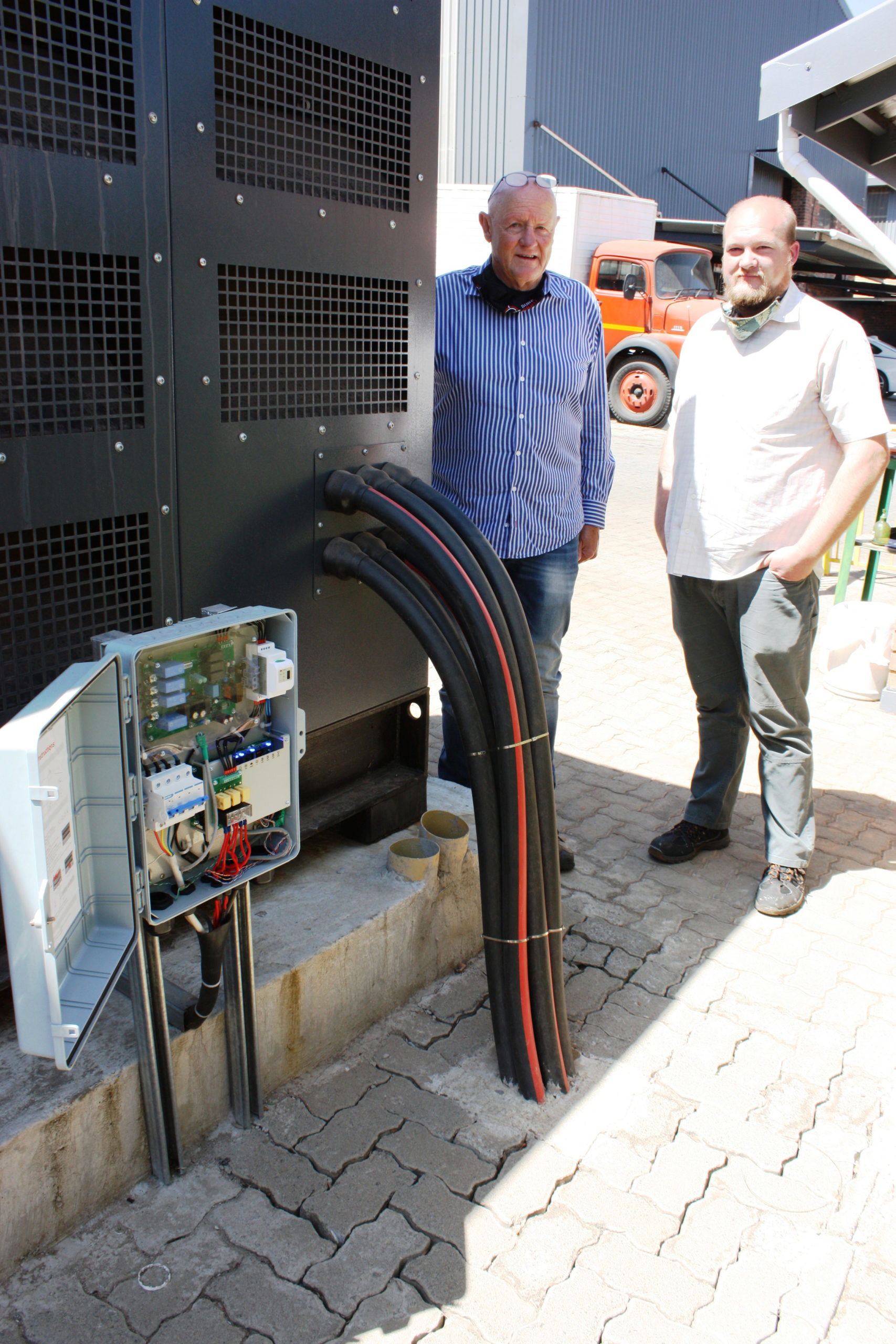 I ASKED a highly respected, senior ex-Eskom engineer and power consultant to assess the risk of not converting my factory to a system totally independent of Eskom. Any 24-hour plastics manufacturer, whether they are doing injection moulding, blow moulding or extrusion or other process, needs a continuous process and power.

Millennial Reign is a specialist in the technical integration of generators, solar and battery power. They monitored our power usage 24 hours a day for 10 full days. They also assessed our electricity usage bills for the past 12 months, and proposed we initially put in a matched diesel generating plant to synchronise with the Eskom supply for our power consumed. This allows us to be able to manage our peak loads and to selectively run during peak demand times, as well as to install a hybrid solar system to take us off the grid from 8am to 4pm in summer. The integration from little to full solar power from 8am is done seamlessly and includes the switch-over to diesel when no solar power is available.

We immediately saved R94 000 in July by using our diesel generator to switch on and off automatically just before and after peak times in the mornings and evenings, creating a seamless synchronisation and ‘handover’ with the Eskom supply.

We then saved +R130 000 on our bill in August by running a combination of diesel and solar, with four power outages included in August. The closer to capacity you run, the bigger the savings are.

The local council/Eskom can never confirm when power will be restored, so to arrange and pay for labour to stand around, or for the power to return, with labour and transport issues, leaves us with very costly downtime – and a frustratingly unpredictable situation.

Since hybrid system installed, no downtime

To run or plan any 24-hour plastics production outside of peak demand periods is not financially viable. For three months, since the hybrid system was installed, to date we have not had a single stoppage or downtime in production. After the power went down before, and without warning or confirmation, we never knew when it would be restored. This happened at least five times during this period. With the predicted increases of 15% (last year) from Eskom, and the latest debacle of a generation unit exploding at Eskom, the likelihood of rolling or unpredictable blackouts is fairly certain.

The direct costs to the plastic industry, due to the nature of the materials cooling off, freezing, tool damage, resetting, restarting, electronic board failures, purging and getting back into quality approved products is financially crippling in our industry.

Any plant running at close to full capacity makes the use of hybrid solar an absolute no-brainer, in my opinion. I’m tired of hearing that, as a supplier, we must ‘make a plan’ to mitigate Eskom supply, and then we also have to deal with the effects of the local council’s incompetence, theft of cables, explosion of transformers and other issues.

We’ve taken the quantum leap and spent close to R6 million on our system. I would have preferred to buy a few state-of-the-art CNC and injection moulding machines for our toolroom, rather than this solar system. However, whether you have 10 or 100 machines, without reliable power, the plastics converting business will not be viable in future.

We are confident that the savings outlined above will repay our investment in four to five years. The cost reduction of production is then phenomenal. The guarantee or confidence I now have to plan and deliver quality, uninterrupted production with less stress and irritation caused by Eskom, over which I have zero control, makes me very positive about my company’s survival and the success of the plastics industry.