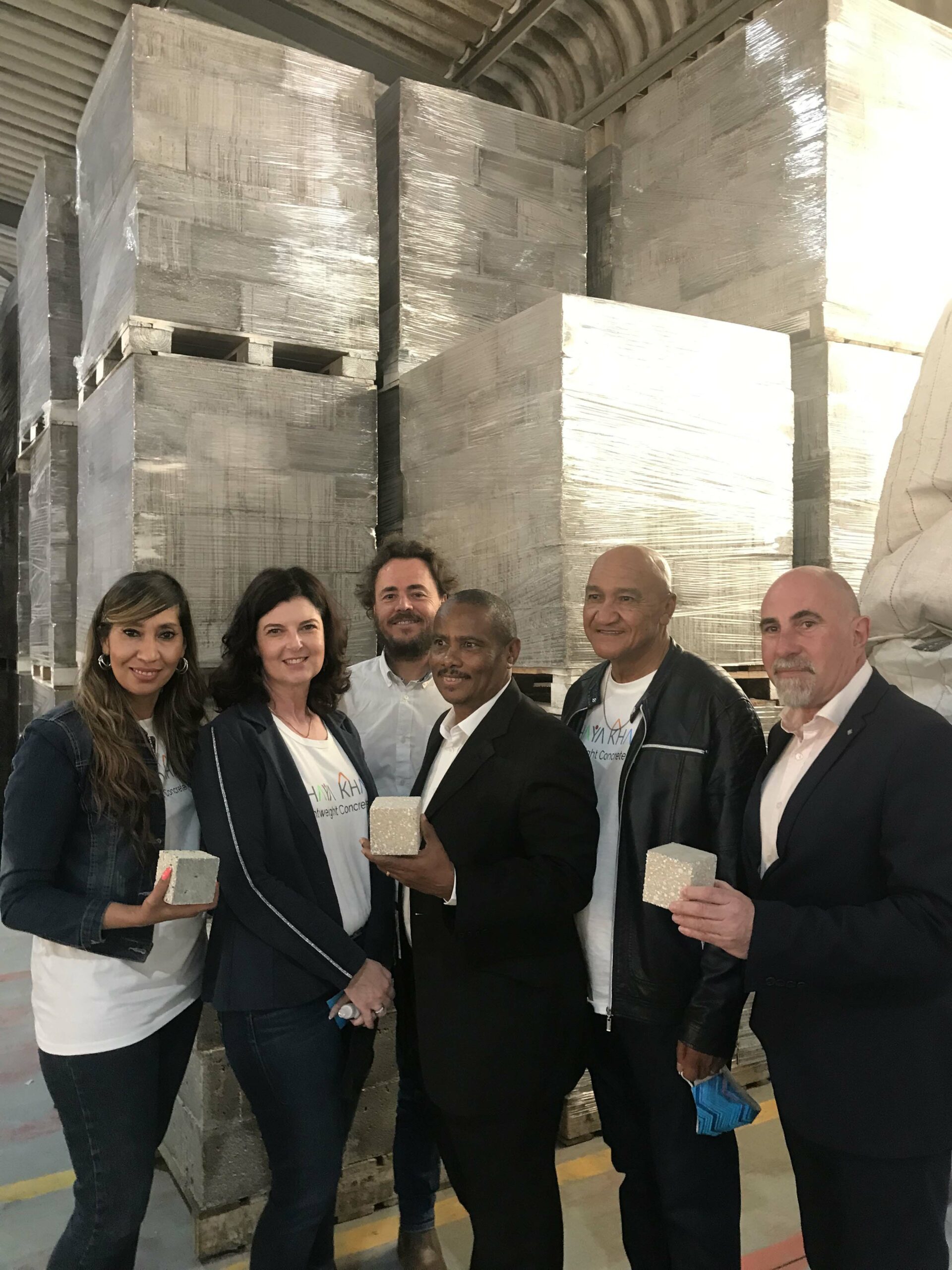 SOUTH Africa’s first community polystyrene brick making factory using recycled polystyrene opened its doors in Atlantis outside of Cape Town in November 2021. The Khaya Khanya Atlantis Lightweight Concrete Factory is the first franchise of many that will be established in municipalities around South Africa over the next five years. The factory is expected to process and recycle a minimum of 25 tons’ polystyrene a month and hopes to grow its recycling rate by at least 5% within the first year.

According to Adri Spangenberg, the polystyrene executive at Polyco, this has been a dream come true for the polystyrene industry after seven years of planning, discussions with key role-players and efforts to get the necessary funding approved.

Developed and patented by Hilton Cowie, the Envirolite concrete bricks and screeds are manufactured using a combination of recycled polystyrene and special cement aggregate. These bricks are being used to build everything ranging from RDP houses, clinics and shopping malls to commercial buildings and designer homes. An 80m2 RDP house, for example, contains a minimum of 550kg of polystyrene.

The Envirolite bricks are waterproof, fireproof and offer excellent insulation against cold, heat and sound. The building process is easier, faster and cheaper, plus it uses the waste removed from the community in a positive way that offers long-term benefits.

“The tremendous growth experienced in the demand for these bricks made us realise that we could roll out factories on a large scale by establishing polystyrene recycling hubs in impoverished communities where the waste crisis, housing backlogs and unemployment figures are at their worst,” Adri explained.

The Polystyrene Association of SA appointed Caban Investments Limited as their corporate advisors and implementers. Tasked with the responsibility of developing a detailed business plan and sales strategy, Caban also assisted with raising the capital required for the first factory and helped to identify the local entrepreneurs who will be driving this project. Caban came up with a business model that’s sees each factory being a franchise modelled on sound business principles. The structure sees the entrepreneur, the community, investors and the franchisors as stakeholders in the project.

Cindy Orange (neé Adams) has been appointed as CEO of Khaya Khanya Atlantis, supported by her father and local pastor, Dr Michael Adams (project manager), brother John Adams (chief operating officer) and sister Liesle Humbles (office administrator). Envirolite and Caban are the franchisors and remain involved in mentoring the entrepreneurs in all aspects of business development and technical support.

“We love the passion of the community. We want them to take ownership of their own waste by keeping their area clean with organised collections, actively being involved in the recycling process, creating jobs for their own people and benefitting from a world-class product that will improve their lives for generations to come. We are very privileged to have found the ideal partners in the Adams family – much loved and respected members of the local community who will be running and managing the Khaya Khanya Atlantis Lightweight Concrete Factory,” says Adri:

Bringing light and hope to the community

Speaking at the official launch of Khaya Khanya Atlantis, Cindy said that unemployment and gangsterism are two of the biggest problems facing Atlantis. The situation has been significantly exasperated by the Covid-19 pandemic, when many people lost their jobs and resorted to crime to survive. Children are being forced to quit school and go to work just so that their families can survive.

“Never in our wildest dreams did we ever imagine that we would be involved with such an amazing product and opportunity. Directly translated, Khaya Khanya means ‘light house’ in Xhosa. Not only is it a play on words in that we are going to be building homes made from special lightweight bricks, but we believe we are also bringing light and hope to our community. We are more than ready to move forward with this exciting new project that will not only create employment, but also help to educate and equip those who will become a part of this business venture”, Cindy said.

“Polystyrene is an awesome product and we are incredibly proud to have been part of this journey. I want to thank and acknowledge the members of the polystyrene industry who have stepped up to the plate and taken responsibility for the end-of-life of the products they manufacture. Thanks to their support and funding throughout the years, we have been able to develop and grow the recycling infrastructure in our country, bringing us to this point where we finally have our first community recycling hub,” Adri concluded.