The fact that the roof at the Nylopack plant in Roodekop, Johannesburg, had been lifted in 2018 to accommodate the line installed then made it a lot easier to install the latest 5-layer line, right alongside 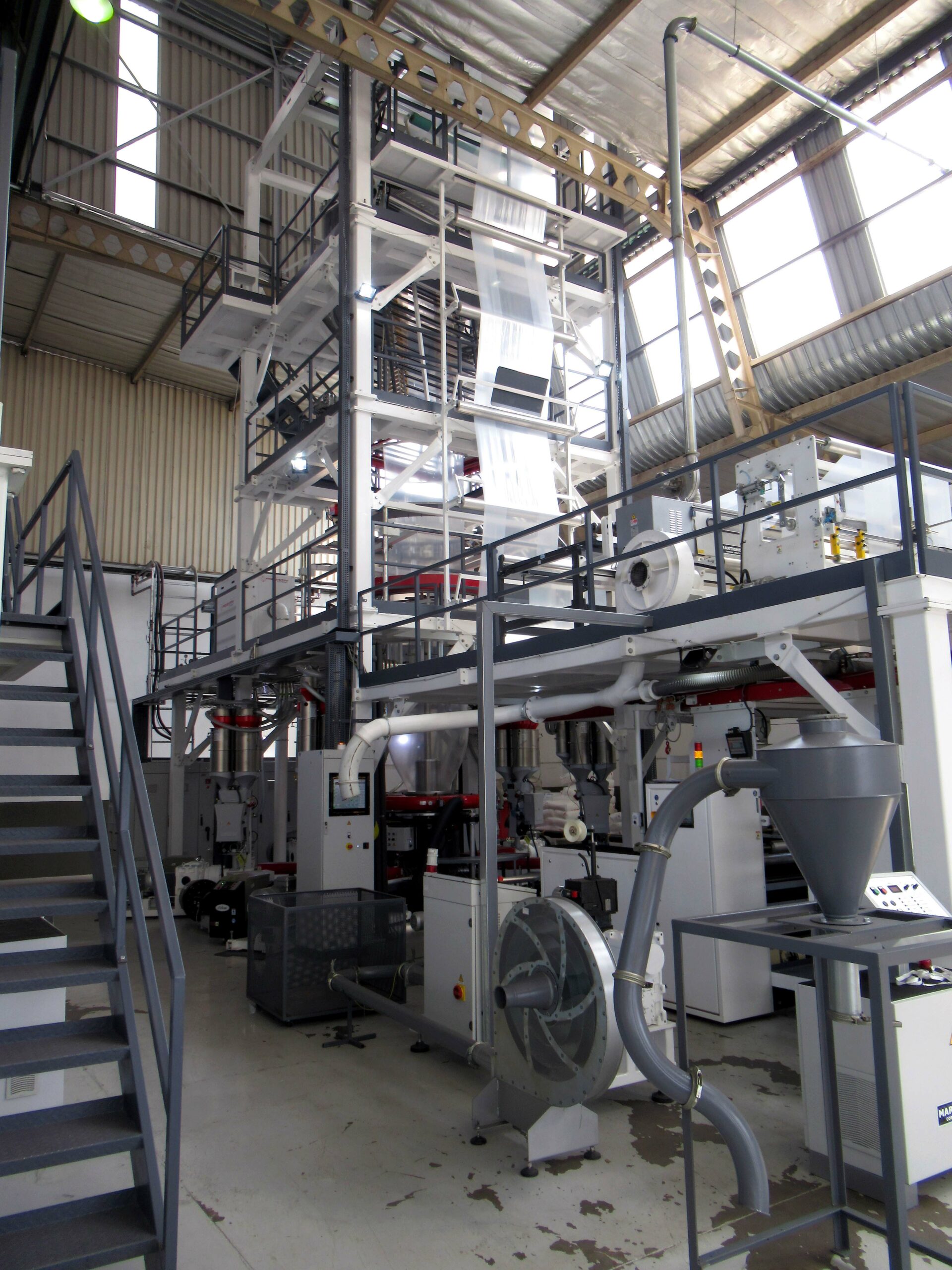 Continuing with its plant buildup since entering the multi-layer films sector in 2010, when the Nylopack partners bought the films business of Huhtamaki, the company has made successive investments in plant including the purchase of a number of Rajoo lines. The Nylopack team realized shortly after purchasing the Huhtamaki plant that the machines were not going to be competitive and decided then to invest in high-output, high-efficiency equipment. It has been purchasing lines from Rajoo, built in India but making extensive use of European ancillaries, since 2014 after viewing its technology at the K show.

Nylopack MD Pieter Rossouw liked the Rajoo technology and was impressed with ease-of-operation achieved. One of the main attractions was the ‘Navigator’ control system, used to coordinate the various parameters presented by simultaneous use of the five extruders. The control allows for steady and consistent film throughputs as well as faster start-up. The latter feature is indeed particularly important as relatively short production runs and formulation alterations are standard in this sector in SA.

As a result of the success to date, the most recent acquisition – Nylopack’s fourth Rajoo line to date – is a step further in the same direction. The system was installed and commissioned earlier this year, enabling Nylopack to further guarantee its ability to supply.

The latest two lines are designed for the production of specialised industrial films and not for barrier films, as the first lines were.

Barring a few minor differences, the new line is identical to the line installed in 2018. The system can produce 5-layer films, up to 1550mm wide and up to 250 microns thick.