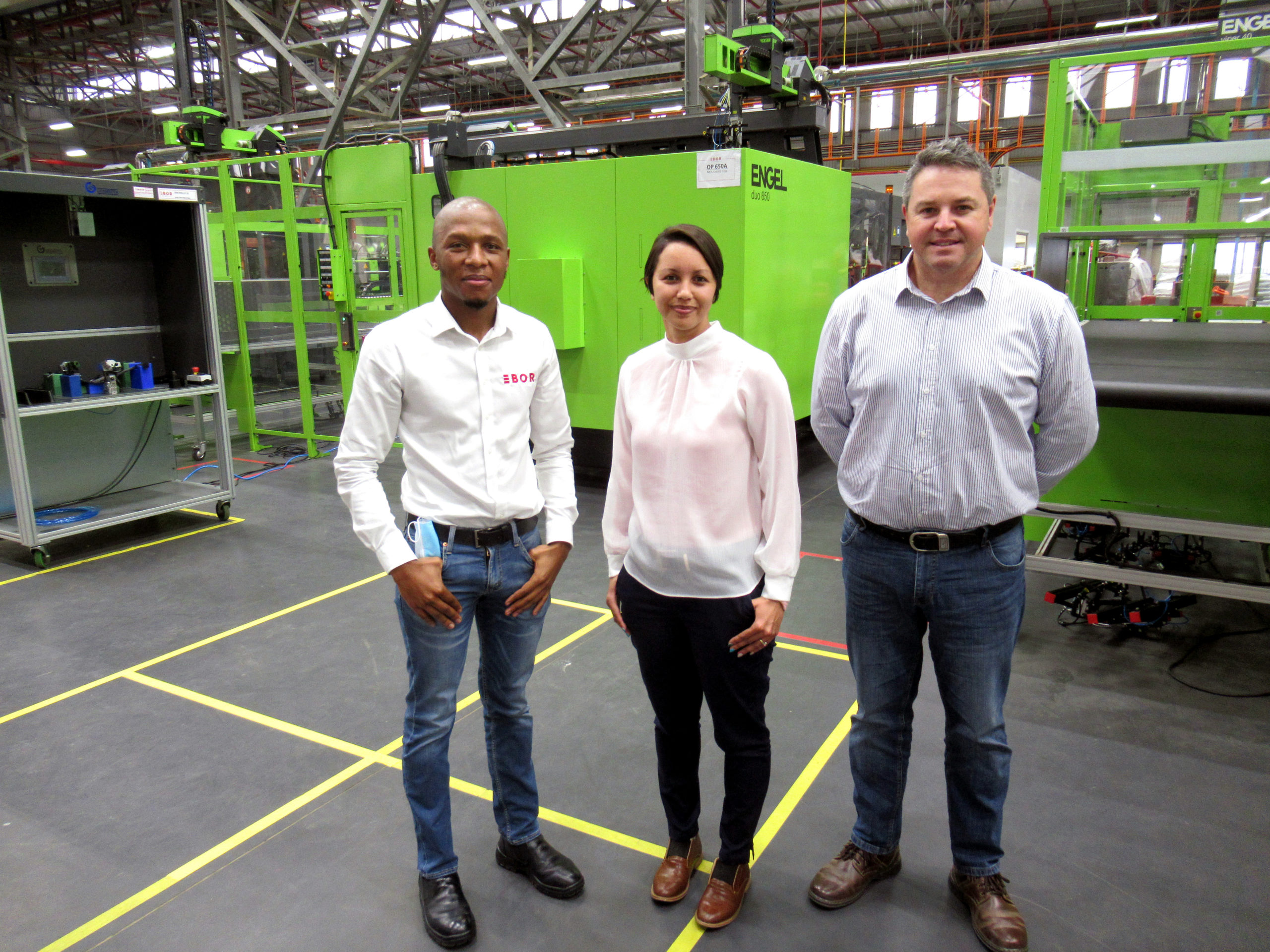 EBOR East London, the second manufacturing unit in the Ebor group following the establishment of Ebor Automotive Systems in Port Elizabeth in 2014, has gone into operation at the East London IDZ.

A major venture following the success of the group’s first venture in PE, Ebor EL has been set up specifically to supply first-tier automotive manufacturers, in this case to supply Mercedes in East London.

Following on the example of Ebor Automotive Systems, Ebor EL is using Engel injection machines, with all 10 of the machines installed so far being equipped with robots.

Partners in the venture include Don Searle and Possey Mina of Aeteus (a venture capital business) and High Street Capital of Johannesburg. The introduction of the new business is testament to the foresight of both the latter partners as well as the Ebor management team, specifically Wesley Strydom (former production manager who is now group MD) and Andy Dealtry.

Strydom and Dealtry had been running Visteon in PE, a venture by Ford group but which had elected to exit the sector and shut the Port Elizabeth plant in 2014. They along with Aeteus and High Street later that year put together a ‘rescue’ plan which purchased the production equipment of Visteon SA and restarted the plant, in the process saving most of the jobs that would otherwise have been lost. Ebor Automotive has since expanded and now employs about 140 people in PE.

“That at least got us in the queue to supply the automotive groups,” said Searle, who even though in his 70s now continues to invest in plastic converting businesses, an example of commitment that appears to be at the core of the Ebor philosophy.

The same partners mentioned above are now involved with Ebor East London. The plant’s layout is designed to optimize production, which is one of the advantages of starting from scratch. The experience of the managing partners, built on years in the manufacturing sector, has been put to very effective use in this respect. The 4000m² property in the Industrial Development Zone is leased from the IDZ authority.

The group operates a staff trust through which all employees are shareholders in the company.