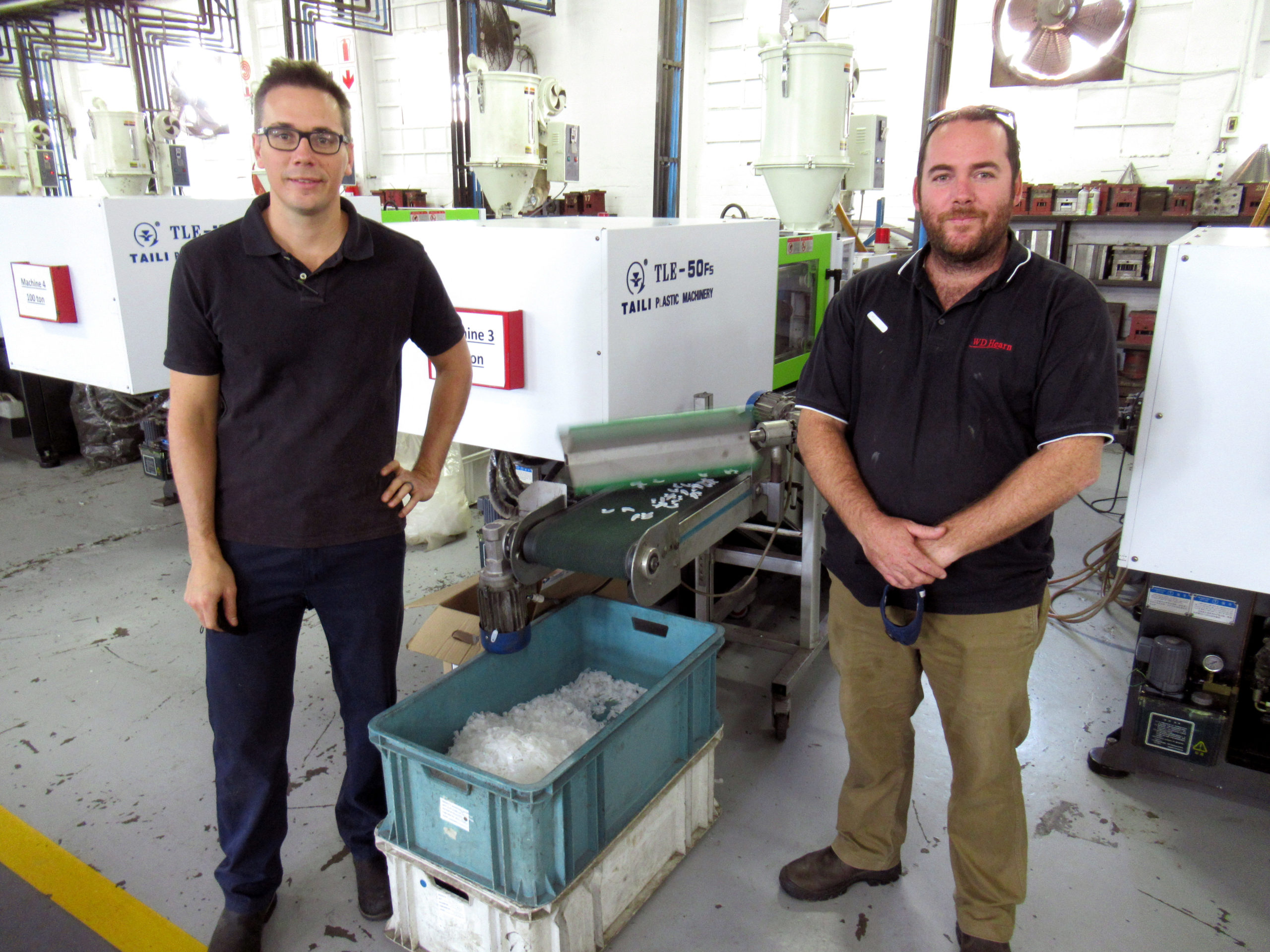 There’s no twist in the Taili, new machines prove popular

INTRODUCING a new make of machine (into any country) is always a difficult undertaking, not just for the machine manufacturer – it’s a challenge too for the machine supplier and for the first customers.

By now skepticism about Chinese injection moulding machine has faded to a distant murmur, although it wasn’t so at first. In the 1980s and 90s most machines from the Far East were treated with much doubt, but then the Taiwanese and after them the Chinese began to supply machines with steadily improving technical abilities and reliability, to the point where they even began to rival the European marques. But each new brand from the Far East, and there have been many, is almost by regulation treated with doubt on first arrival.

And so it has been for Taili, a brand of machines introduced into South Africa by WD Hearn in 2017.

Like virtually all the ex-China machines now available in South Africa, the company (full name Ningbo Tailike Plastic Machinery Co Ltd) does its own metal casting and manufactures all its metal components at its plant in Ningbo in China, possibly by now one of the top global centres for injection moulding technology development. There it operates five workshops. It comes as no surprise that it is first focussing on smaller machine production, with the virtual certainty –as has been the case with the many other Chinese-made machines in SA – that their technology will expand and machine performance will irrevocably improve. That is what the guys over there do: by contrast the only SA-made machines in our industry which have achieved any international success are the bag-makers from Technimac and before that Adron. By contrast, there are hundreds of injection moulding machine brands from China, not to mention other machinery, and all arrive with intensely focussed Chinese personnel who solely committed to machine performance improval.

Among the first converters in South Africa to trial TAILI IMM has been CAD Plastics of Durban, and the need was obvious: They needed smaller machines to produce its range of small components. CAD owner for 27 years, Malcolm Buchanan put one of the machines in, based on an already great working relationship with CNC supplier WD Hearn, then introducing TAILI

He elected to try one of the machines from the Taili TLE range … and it’s been virtually non-stop Taili since. CAD now operates 13 of the machines, ranging from 50 to 220 tons clamp force.

Buchanan played quite a big part in the Taili roll-out: he suggested that the mould temperature control cards be built into the electrical panel and can control up to 64 zones by the EST control panel (which is possible with Taili’s full range) also protective covers be placed on the hydraulic components. All the TLE range machines at CAD are standard with higher screw speeds creating faster cycle times.

Other proprietary features have been introduced since too, including:

According to Myles Crosthwaite of WD Hearn, the success at CAD has been a catalyst that has seen other moulders in KZN opt for the Taili solution, boosting confidence in Taili and the process has gained further momentum since Brett Shelley, a leading machine control specialist, joined WD Hearn.