The production of sponge rubber and lathe-cut components and seals is an attractive new option for S&N Rubber; here Stuart Browning of S&N shows a seal moulded with the technology. The main advantage is that sponge parts produced are lighter and have a different compression sealing use, which is a massive plus. The purchase of the pressed component sponge and lathe-cut seal plant from Rubbertek of Durban included a number of specially adapted machines to manufacture sponge and other products 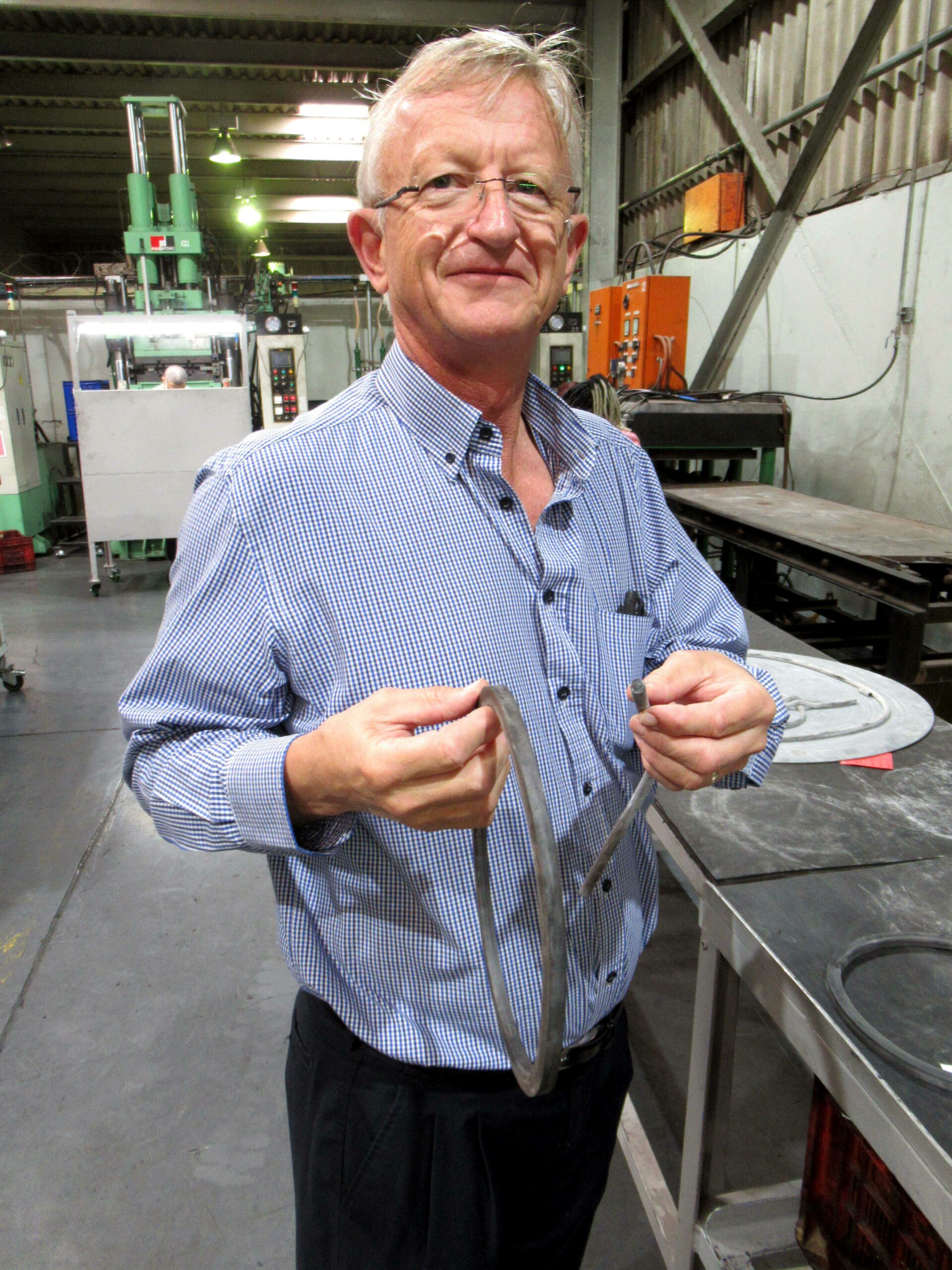 S & N RUBBER of Port Elizabeth has purchased the sponge moulding and component production assets of Rubbertek of Durban.

Established by the late Reg Connelly in the late ’80s, Rubbertek was involved in both rubber compounding and the production of rubber technical components, mainly by injection and compression moulding and sponge extrusion. It had most recently been operating under business rescue terms.

S&N, already a leading supplier of rubber and silicone compounds, calendered sheeting and injection moulded items, had a particular interest in one of the systems operated by Rubbertek, that being their sponge rubber compression moulding plant and has now purchased all the relevant plant – lock, stock and barrel – and shifted all the equipment to its plant in Deal Party – Port Elizabeth.

Rubbertek had presumably encountered problems trading itself out of business rescue and decided to halt further operations. S&N, under Stuart Browning and his team, has expanded its plant and product offering, improved efficiencies and has been able to offer continued supply of the relevant Rubbertek components to their past customers.

S&N Rubber is an IATF 16949 and ISO 9001 rated company. S&N strives to continue to expanded its plant, introduce new technology and improve efficiencies to remain locally and internationally competitive.