Volvo Cars has made a number of pledges during the Race, including removing single use plastic by the end of 2019 and ensuring that at least 25% of the plastic in new Volvos is made from recycled material by 2025. 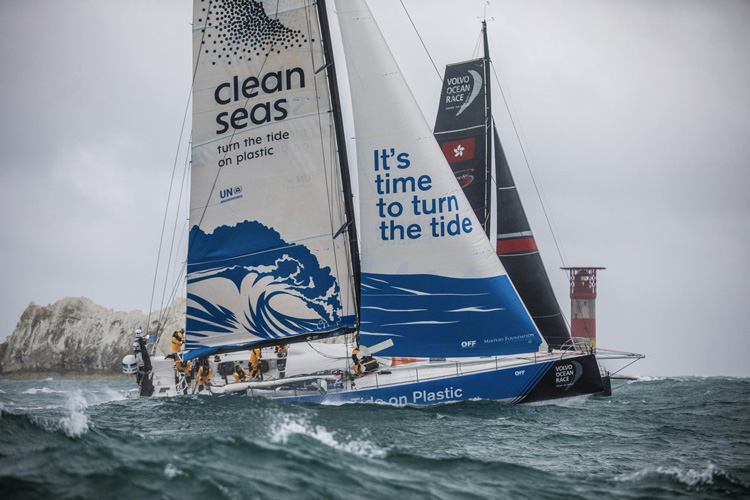 UNIQUE information on the global concentration of microplastics pollution in our oceans has been presented at an international science conference in Lanzarote.

The information was collected from seawater samples taken during the Volvo Ocean Race, which, for the first time, combined a global sporting event with cutting-edge scientific research.

The science initiative, part of the race’s Sustainability Programme, was presented at the MICRO2018 conference, which heard about leading research related to microplastic pollution.

The high-level audience heard how 86 samples were taken by boats Turn the Tide on Plastic and Team AkzoNobel. Scientists found that 93% of those analysed contained levels of microplastics.

The results of the programme will contribute to increased understanding of the global marine presence of microplastics and help provide a template for future data collection. Currently there is very little information on microplastic distribution in our seas.

The presentation, Distribution of microplastics in the mixed layer: results from the Volvo Ocean Race, was given by race scientist Dr. Sören Gutekunst of GEOMAR Institute for Ocean Research Kiel, Germany, funded by the Cluster of Excellence Future Ocean.

The samples, collected in small mesh filters when the crews used the on-board water maker, were analysed at a laboratory in Kiel, Germany, using a powerful Raman spectrophotometer.

Microplastic concentrations did tend to be elevated within major ocean currents bringing in plastic pollution from a larger area. The highest levels, 349 particles per cubic metre, were found in a sample taken in the South China Sea that feeds into the North Pacific Gyre. The second highest, 307 particles per cubic metre, were recorded northwest of the Strait of Gibraltar, where the Mediterranean Sea and Atlantic Ocean meet.

Even close to Point Nemo, the furthest place from land on Earth, where the nearest humans are on the International Space Station, between nine and 26 particles of microplastic per cubic metre were recorded.

Scientists will be able to access the data open-source from a National Oceanic and Atmospheric Administration (NOAA) database where accompanying meteorological and oceanographic data have also been uploaded.

Volvo Cars has made a number of pledges during the Race, including removing single use plastic by the end of 2019 and ensuring that at least 25% of the plastic in new Volvos is made from recycled material by 2025.

The Volvo Ocean Race’s sustainability efforts to increase understanding of ocean health have been recognised by the prestigious Ocean Tribute Awards.

“The programme was groundbreaking and set new standards in global awareness of the dramatic levels of pollution in the oceans. This was a perfect symbiosis between water sports and science,” said the judges.

Anne-Cécile Turner, sustainability programme leader, accepted the award at the ceremony, attended by Prince Albert II of Monaco who was representing his foundation.

“The science programme was an innovative and collaborative effort involving sailors, scientists, partners and a whole host of others concerned about the ocean and keen to advance our understanding of the problems it faces,” said Turner. “By working together we were able achieve the objectives of educating, innovating and leaving a lasting legacy and are proud that this has been recognised by the Ocean Tribute judges.”

This is the third win for the programme after it already proved successful in the ‘Sports CSR Campaign of the Year’ category at the International Sports Awards and in the ‘Best Corporate Campaign or Initiative in Sport for Good’ category at the Beyond Sport Awards.