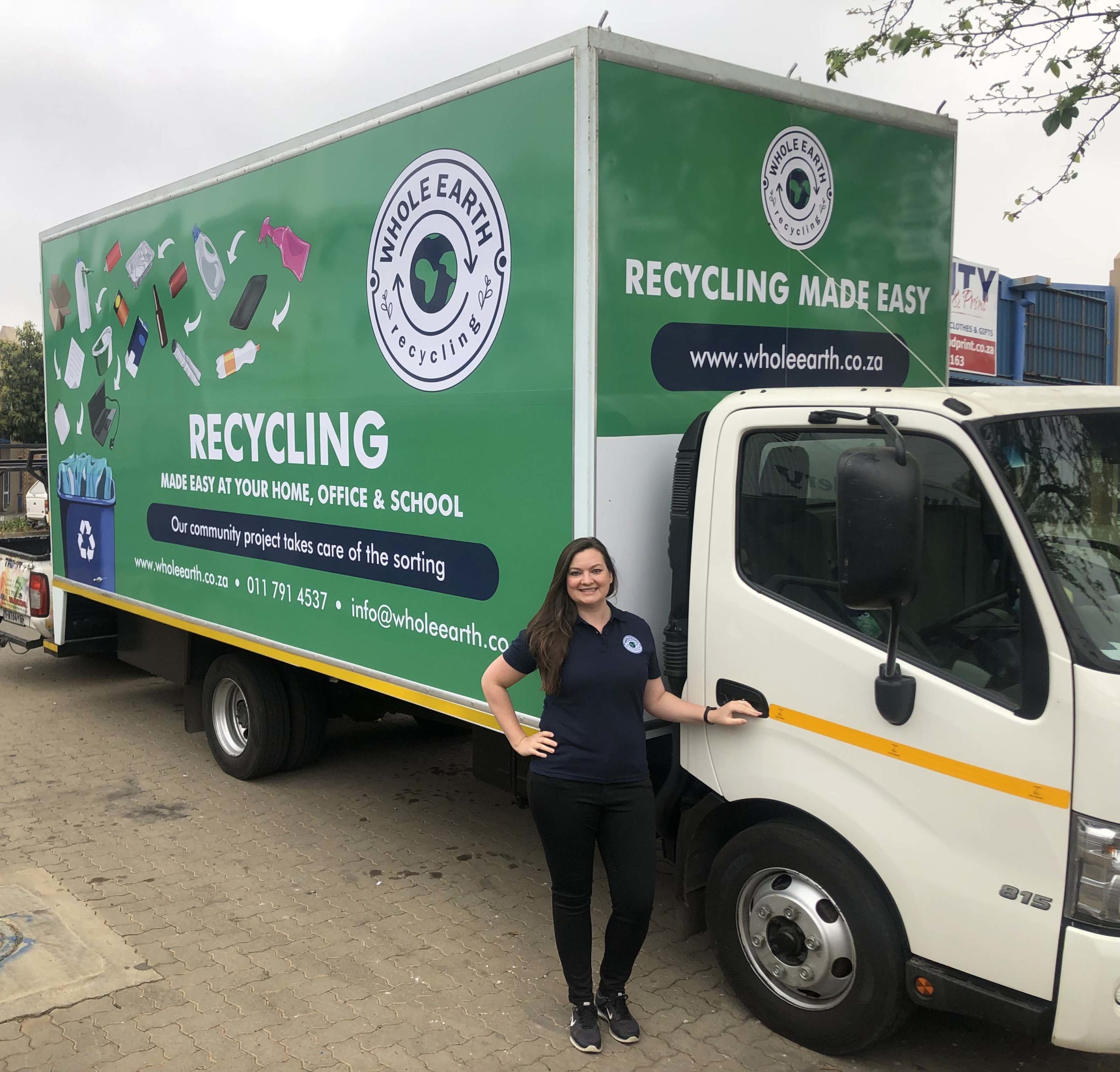 WHAT began as a small recycling effort in March 2007 has grown into Whole Earth Recycling, a sizeable recycling business that currently recycles over 120 tons of recyclable material every month – 13 789kg of that plastics during August, most of it clear PET.

Whole Earth Recycling was founded in March 2007 on a farm in Randburg outside Johannesburg. At that stage sorting was done by just four sorters until 2009 when Whole Earth Recycling moved to Décor Park, and finally to Strijdom Park where it launched its community-based project in 2011.

The recyclable material that Whole Earth Recycling collects is sorted by a community-based project, the Hawk Flight team, currently a group of 24 sorters who generate an income for themselves by sorting and selling the material to local buy-back centres.

Currently recycles over 120 tons of recyclable material every month

“This is the only source of income for the sorters and without it they would be rummaging through municipal refuse bins to gather recyclables to sell,” says Jordaan. “By recycling with Whole Earth Recycling, people are contributing towards job creation (a total of around 40 people) – the Whole Earth Recycling drivers, truck assistants (loaders), and admin team and through the sorters that make up the community-based project – while reducing the impact that we are having on our environment. Every little bit helps.”

“We try to upskill as many people as possible. Over the years we have employed some of the sorters as truck assistants/loaders and we have helped some of the truck assistants/loaders to get their drivers licenses. We have also done other training for employees – forklift driver certification, first aid training, and basic Excel training. We also helped one of our previous employees to start his own business – Bophelo’s Birdseed Bells.