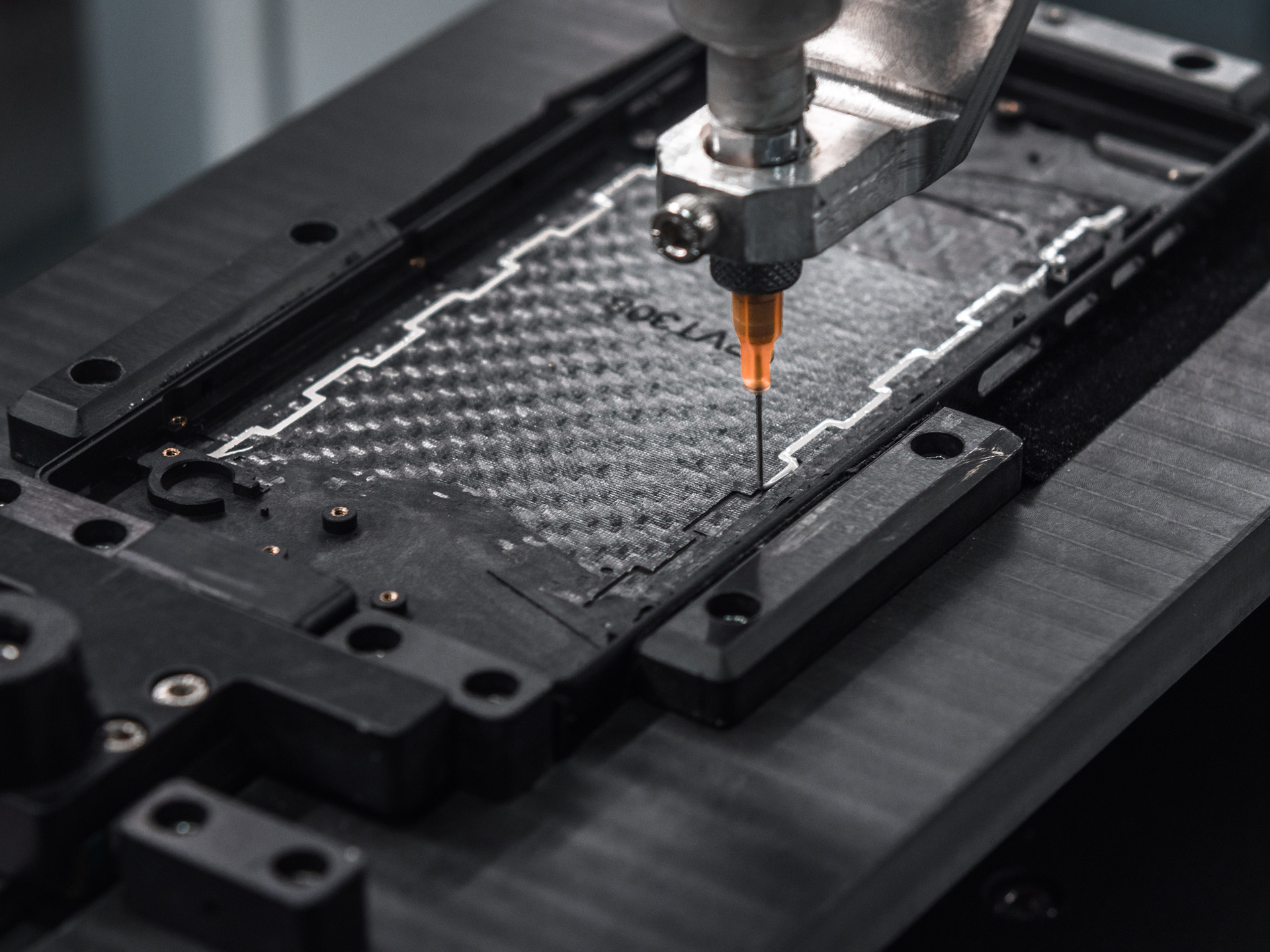 A smartphone that sets new standards for lightness, slim design and sustainability has made its debut on the market – the Carbon 1 MK II from Berlin-based start-up Carbon Mobile.

The base material for the production of the housing is a thermoplastic composite from the Lanxess Tepex dynalite product range. It is reinforced with fabrics of incredibly fine 1K continuous carbon fibre filaments.

“Our composite material, which we developed for extremely lightweight components subjected to considerable mechanical stress, does more than just allow exceptionally thin wall thicknesses. In fact, with its high degree of strength and rigidity, it also helps to make the housing very robust for day-to-day use,” explains Philipp Genders, Tepex expert in application development at Lanxess. “In addition, the matte-black carbon-fibres give the smartphone a truly high-tech look.”

Despite their advanced properties for producing robust yet lightweight structures, carbon fibres behave in an electromagnetic shielding manner. This means that they block radio signals, forming a Faraday cage that rather than allowing signals to pass through, instead disperses them around the outer body of the device. Connected devices with carbon fibre, for this reason have been viewed as an impossibility by the tech industry.

Following four years of research and development, Carbon Mobile’s engineers have developed a revolutionary process to unlock carbon fibre’s potential for connected devices. The patented HyRECM (Hybrid Radio Enabled Composite Material) technology fuses carbon fibres together with a complementary composite material capable of RF signal permeation. To further boost the devices connectivity, a unique 3D-printed conductive ink is integrated into the carbon fibre structure. The result is the first ‘radio enabled’ carbon fibre based material. Applied for the first time in the Carbon 1 MK II, the new technology produces a robust carbon fibre-based housing structure that is not only incredibly thin and light, but also made from less than five percent plastic.

Following the same construction principle as the load-bearing chassis of a Formula 1 car, the housing is designed as a monocoque, or ‘single shell’. As a result, it makes optimized use of the extreme rigidity of carbon fibre reinforced plastic (CFRP). This contributes significantly to the thin wall thicknesses and low weight of the smartphone and also enables miniaturization. That is because there is no bulky reinforcement taking up space on the inside of the housing. The cutting-edge monocoque design enables a device that weighs only 125 grams, a third lighter than conventional smartphones. At just 6.3 millimeters, it is also 25% thinner as well.